In Memory of Eleanor Roosevelt, Centennial of her Birth, First Issue AM USA 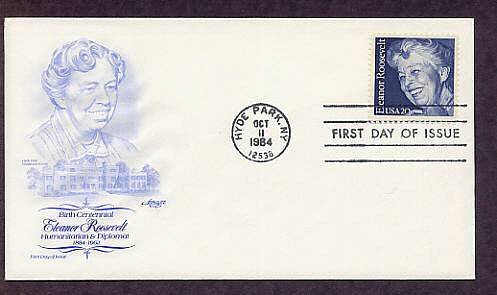 
World-renowned, respected, and admired, Eleanor Roosevelt made many lasting and meaningful contributions to the welfare of mankind which has stood the rigorous test of time. Her humanitarian efforts on behalf of children, the oppressed and the poor earned her the love of millions throughout the world. She was, as President Truman said,"First Lady of the World."