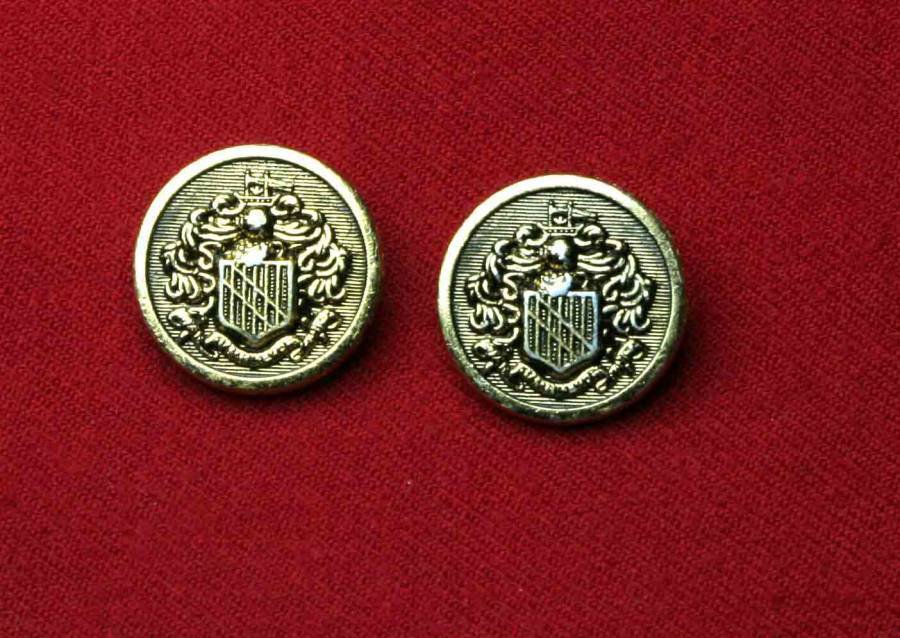 For sale is are two men's Canterbury replacement blazer buttons. These pre-owned USA made buttons are in very nice condition. These are gold colored brass buttons that are shank style. You get two large buttons for the front of the blazer. The image on the front is a knight in a suit of armor with a shield.

Other Products from wc2orbust (View All)