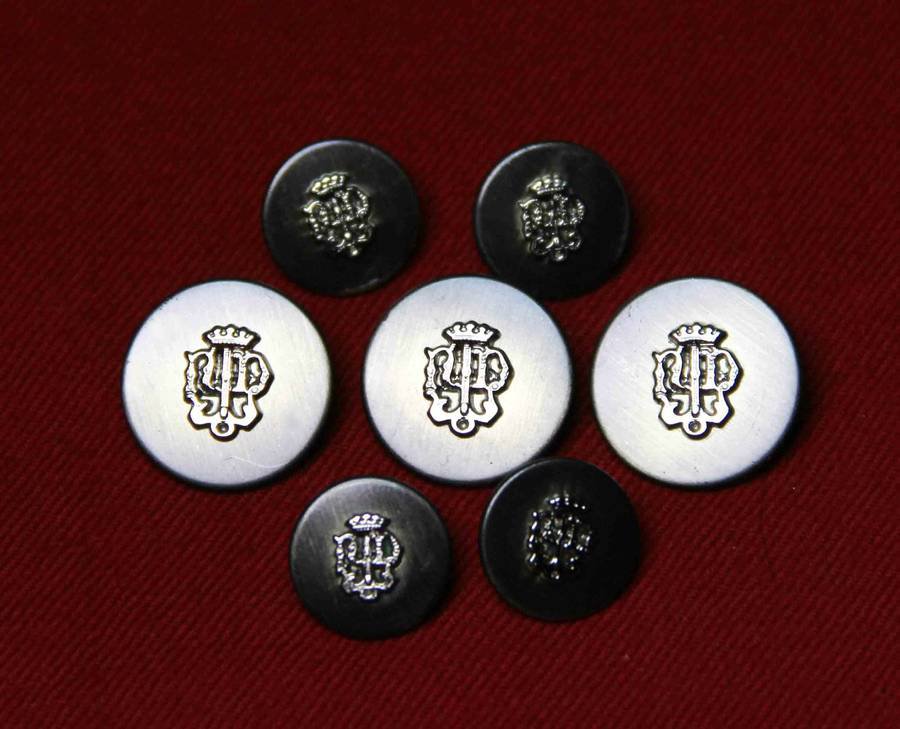 Tweet
Mens pre-owned Kingsley blazer buttons set.
Metal shank style buttons and the main color is silvery gray but when the buttons catch the light there are some slight brown or gold tones that can be seen.
You get three larger buttons for the front of a men's blazer or jacket and you get four sleeve buttons--two buttons for each sleeve.
The buttons have a raised three dimensional design.

These buttons are in very good pre-owned condition.
... [Full Description]

Other Products from wc2orbust (View All)