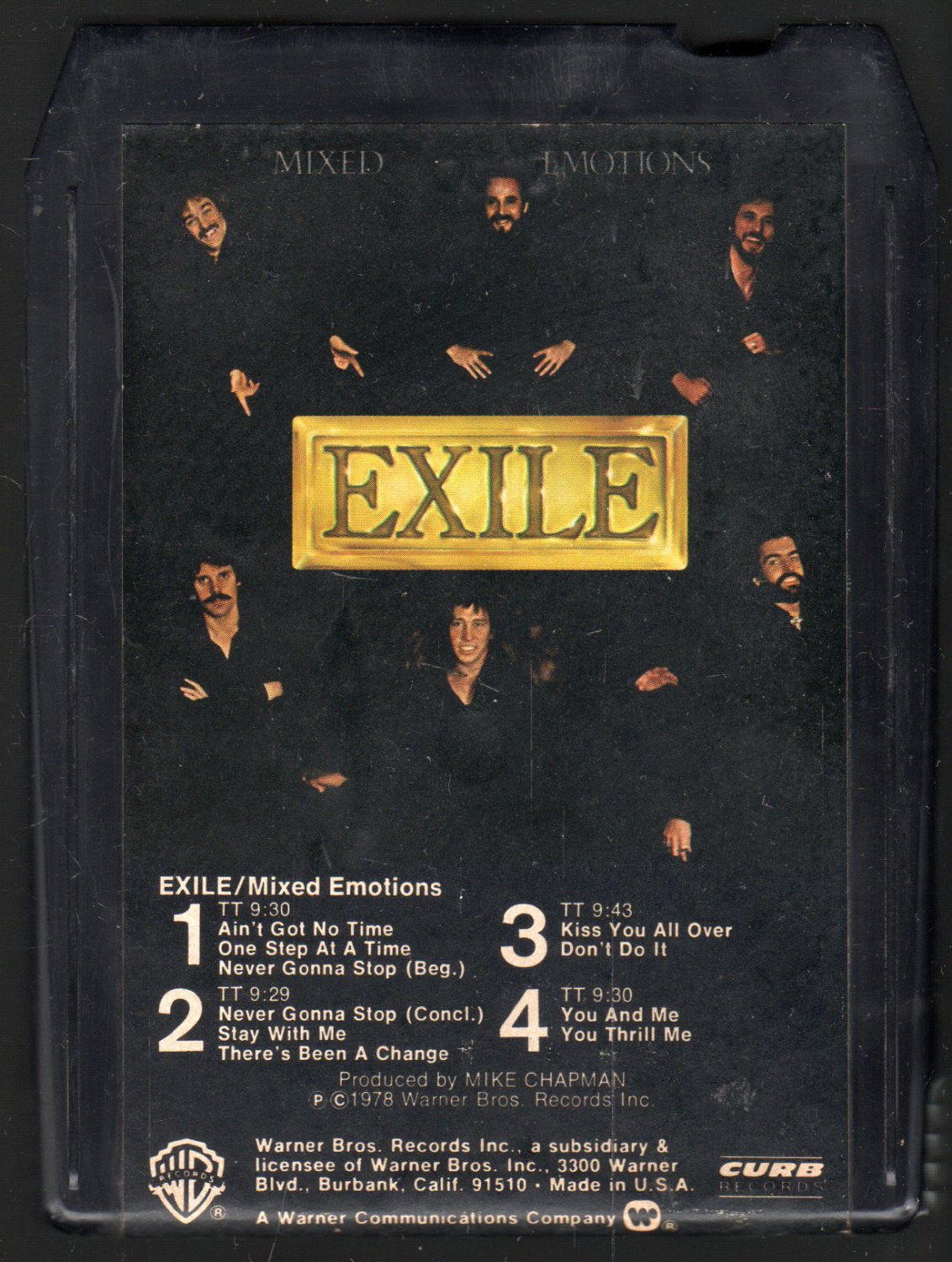 Tweet
Exile, originally known as The Exiles, is an American band founded in Richmond, Kentucky, by J.P. Pennington. They started by playing local clubs which led to touring with Dick Clark's Caravan of Stars opening shows and providing backup for major rock artists of the period.

They hit the peak of their success in 1978 with the ballad hit "Kiss You All Over." After a couple of minor subsequent pop hits, they re-established in 1983 as a country music group. Between then and the early 1990s, the band had several country chart hits, including the Number Ones "Woke Up in Love", "I Don't Want to Be a Memory", "Give Me One More Chance", "Crazy For Your Love", "She's a Miracle", "Hang On to Your Heart", "I Could Get Used to You", "It'll Be Me", "She's Too Good to Be True" and "I Can't Get Close Enough". Although their chart success waned by 1991, they have continued to record ever since.

The country music version of the band included J.P. Pennington (guitar, lead vocals), Les Taylor (guitar, vocals), Sonny LeMaire (bass, vocals), Marlon Hargis (keyboards) and Steve Goetzman/Gary Freeman (drums). Their biggest hits, spanning from 1978 through 1987, included "Kiss You All Over", "Woke Up in Love", "She's a Miracle" and "Give Me One More Chance".

Pennington wrote many of the group's songs (often with LeMaire) and several were covered by other artists, including "It Ain't Easy Bein' Easy" covered by Janie Fricke and "Just In Case" by the Forester Sisters. "Kiss You All Over" was used in the 1996 Adam Sandler movie Happy Gilmore and in the 2006 film Employee of the Month. Pennington co-wrote "The Closer You Get" and "Take Me Down", both re-recorded by Alabama, with former member Mark Gray.

J.P. Pennington's songwriting talent led to recognition as BMI Writer of the Year to one of BMI's Top 100 Writers of the Century. His music has been recorded by Alabama, Janie Fricke, Kenny Rogers and other artists.