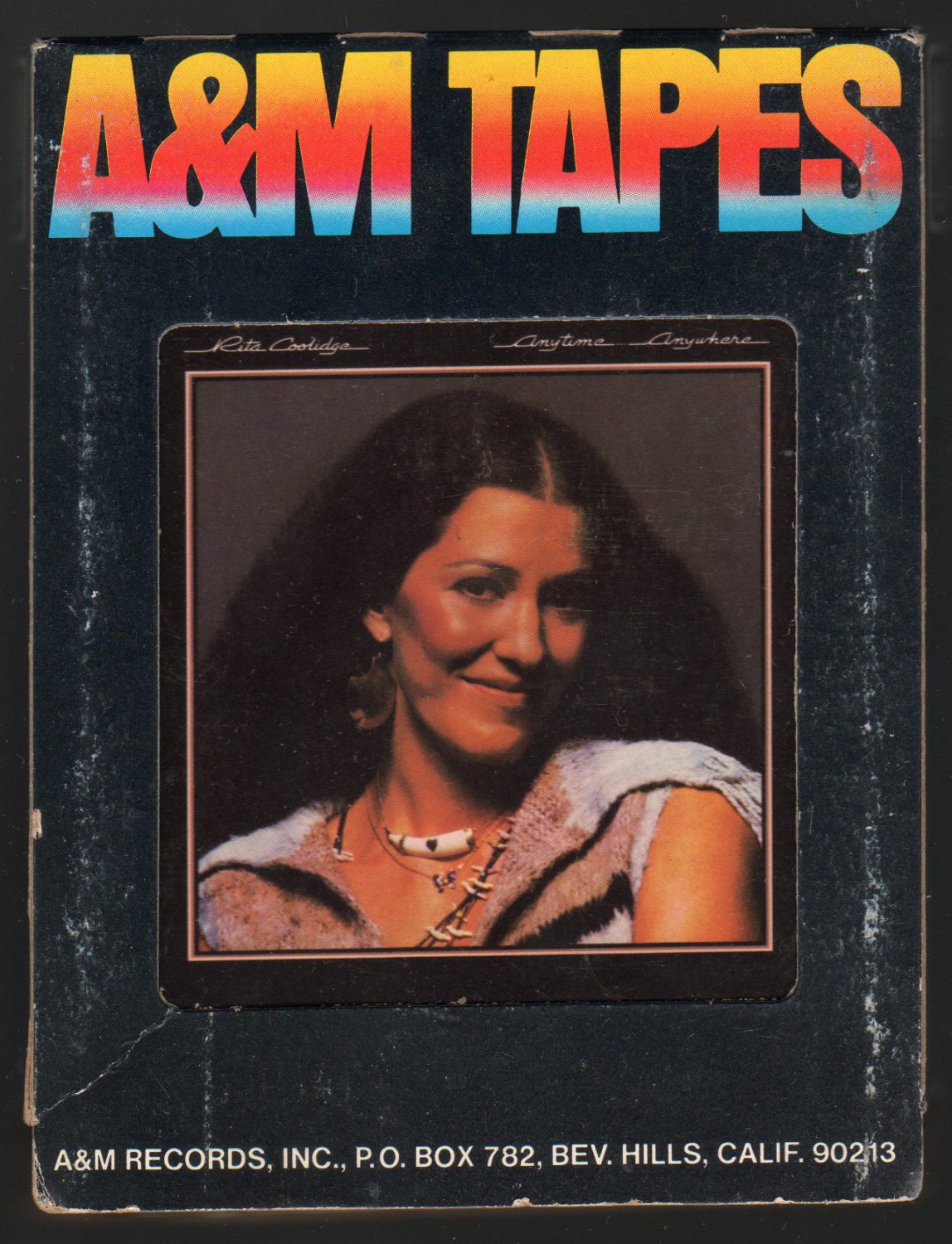 Tweet
Anytime...Anywhere is the sixth album by Rita Coolidge released in 1977 on the A&M Records label. The album is her most successful, reaching #6 on the Billboard 200 and having been certified platinum (over 1 million U.S. copies sold). The album spawned three Billboard top twenty hits; a cover of Boz Scaggs' "We're All Alone" (#7), a cover of The Temptations' "The Way You Do The Things You Do" (#20), and the album's biggest hit, "(Your Love Has Lifted Me) Higher and Higher" (#2), a remake of Jackie Wilson's "(Your Love Keeps Lifting Me) Higher and Higher".

Rita Coolidge (born May 1, 1945) is an American recording artist and songwriter. During the 1970s and 1980s, she charted hits on Billboard's pop, country, adult contemporary and jazz charts and won two Grammy Awards with fellow musician Kris Kristofferson.