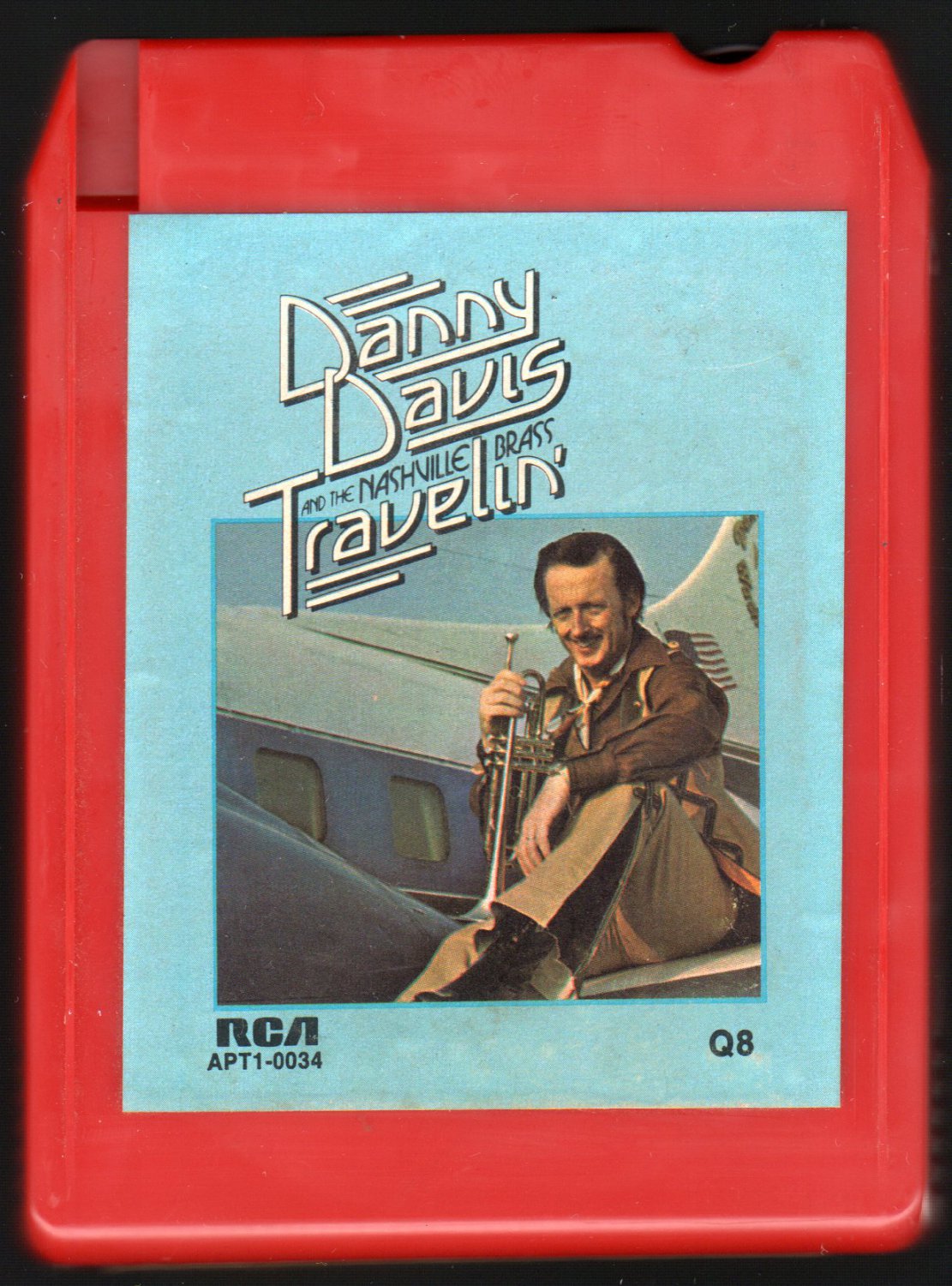 Tweet
Danny Davis (May 29, 1925 – June 12, 2008) was a country music band leader, trumpet player, vocalist and producer, best known as the founder and leader of the Nashville Brass.

In the mid-sixties Davis moved to the RCA label. While still in New York he pitched his idea of recording country songs with a brass ensemble. To say the least, the idea was not well received. Not long after he joined RCA Davis was approved for transfer to the Nashville office by Chet Atkins.

In Nashville, Davis was assigned to produce sessions on Waylon Jennings. Even though it was a recording produced by Davis that earned Jennings his first Grammy award (MacArthur Park with The Kimberly's), the two men did not have a good working relationship. It is reported that on one occasion Jennings pulled a gun on Davis during a recording session), but Davis denies the incident ever took place. Davis also worked with other RCA artists including Dottie West, Floyd Cramer and Hank Locklin.

One evening Davis was in the office of his boss, Chet Atkins. He decided to pitch Chet his idea of recording country songs with brass instruments. Davis was surprised when Atkins told him he thought it was a good idea. In fact, Davis told Atkins that the RCA label executives in New York had thought it was a "terrible idea." Atkins told Davis, "young fella, I run Nashville, go do it." The only suggestion Atkins made was instead of calling the group "Country Brass" he thought Davis should call it "Nashville Brass."

Davis immediately went to work on a demo. He chose Nashville arranger and fellow trumpeter, Bill McElhiney, to help create the sound of the Nashville Brass. The basic idea was to replace the vocalist with a brass ensemble (two to three trumpets, two trombones) playing over a standard country rhythm section (guitar, bass, drums, banjo).

With the release of the first two albums, the group quickly found an audience with music fans. Most important was the acceptance of the Country Music fans whom Davis had been told, "don't like horns." In 1970 the second album received the Grammy for Best Country Instrumental Performance. Beginning in 1969 and continuing for the next five years Danny Davis and the Nashville Brass dominated the Country Music Association Awards Best Instrumental Group category. Over the years The group garnered eleven more Grammy nominations and received many other awards from recording industry publications and associations.

Also in 1970 Davis changed his relationship with RCA in that he ceased to produce other artists so he could concentrate all his energies on the Nashville Brass.

Danny Davis and the Nashville Brass literally took Country Music around the world, being one of the first acts in the genre to have their own airplane (originally a DC-3 later a Martin 404, named "Lady Barbara" for Davis' wife). They were also one of the first Country acts to take the music to the Vegas strip working first as an opening act for Connie Francis and later Kay Starr, they soon returned to headline. The group also guest starred on many of the biggest television shows of the day including Red Skelton, Ed Sullivan and the show of his old friend, Merv Griffin.

Davis and his group maintained a heavy touring schedule well into the 1990s. In the mid-90's Davis partnered with his old friend, Boots Randolph, opening the Stardust Theater in Nashville (near the Opryland Hotel). The two performed shows nightly for a couple of years.

Featured prominently on the 1971 album Somethin' Else was an electric sitar, played by an unidentified individual. This was a first for the Nashville scene.

Davis and his group performed the theme song for the animated series Speed Racer and the song "Hard Work" is used for commercials for YellaWood brand hardwood flooring.

Danny Davis and the Nashville Brass gave their final public performance on July 23, 2005 at the Colonnade in Ringgold, Georgia. Davis was eighty years old at the time. The group performed two shows and received standing ovations for each.

After Davis retired from performing, he and his wife of fifty-seven years, Barbara continued to make Nashville their home. The couple has four children: Kerry, Kim, Gavin and Tara. Danny and former Nashville Brass trumpeter, Ray Carroll, began a mail-order business selling Nashville Brass recordings on the internet. Carroll continues to operate this enterprise. Also, at the time of his death Davis and writer Thom King had nearly completed an autobiography tentatively titled "Guess Who I Met Today."