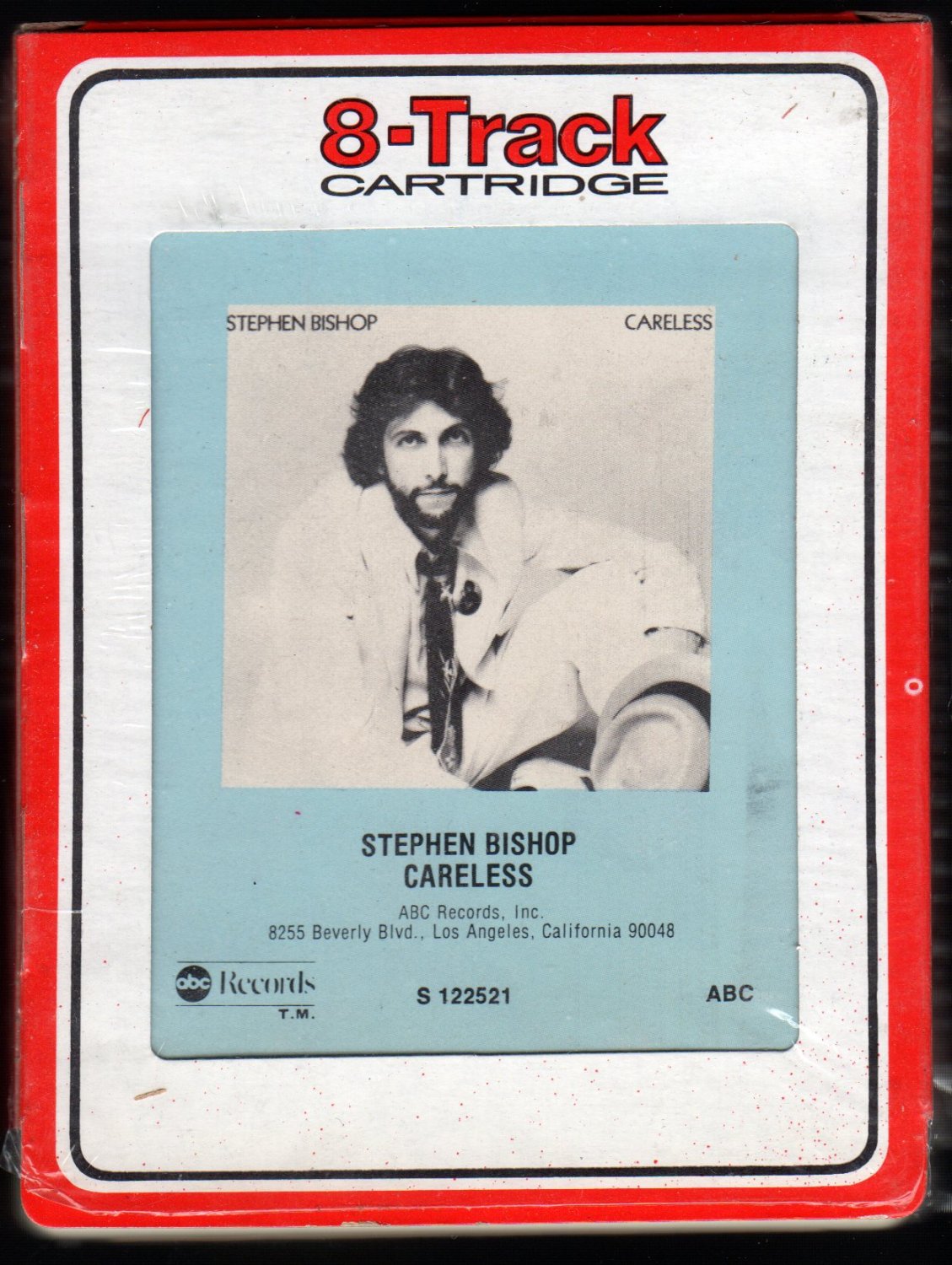 Tweet
Careless is the first album by singer/songwriter Stephen Bishop. It includes two hit singles: "On and On", which peaked at No. 11 on the Billboard singles chart, and "Save It for a Rainy Day" which made it to No. 22. The album itself rose to No. 34 on the Billboard albums chart. Notable contributors to the album include Eric Clapton, Art Garfunkel and Chaka Khan.

Earl Stephen Bishop (born November 14, 1951) is an American singer-songwriter, actor, and guitarist. His biggest hits include "On and On", "It Might Be You" and "Save It for a Rainy Day". He has appeared in and contributed musically to many motion pictures including National Lampoon's Animal House.

Bishop was born and raised in San Diego, California, and attended Will C. Crawford High School. Originally a clarinetist, he convinced his brother to buy him a guitar after seeing the Beatles on the The Ed Sullivan Show. In 1967, he formed his first group, the Weeds, a British Invasion-styled band.

After the Weeds folded, Bishop moved to Los Angeles in search of a solo recording contract. During a lean eight year period, where he was rejected "by nearly every label and producer", he continued to write songs, eventually landing a $50 a week job with a publishing house.

Bishop's break came when a friend, Leah Kunkel, gave Art Garfunkel one of Bishop's demo cassettes. Garfunkel chose two of his songs, "Looking for the Right One" and "The Same Old Tears on a New Background", to record for the platinum album, Breakaway. Via Garfunkel's patronage, Bishop finally secured a recording contract with ABC Records in 1976.

Bishop's first album, Careless, included two of his biggest hits. The first single released, "Save It for a Rainy Day", introduced Bishop to the listening public and went to No. 22 on the Billboard singles chart. The next single, Bishop's highest charting to date, "On and On", peaked at No. 11. The album itself rose to No. 34 on the Billboard albums chart. Eric Clapton, Art Garfunkel and Chaka Khan all contributed their talents to the album.

Careless went gold as did Bishop's subsequent album Bish, released in 1978. Bish included one charting single, "Everybody Needs Love", which made it to No. 32. Bishop's third album, Red Cab to Manhattan, released in 1980, failed to chart and was his last released in North America for nine years.

Bishop has written and performed music for many motion pictures. In 1978, he contributed the original song "Dream Girl" and theme to National Lampoon's Animal House, which he sang in falsetto. Bishop's next hit, charting at No. 25 in 1982, was "It Might Be You", the theme from the movie Tootsie, unusual in that it was not penned by Bishop. Written by Dave Grusin, Alan Bergman and Marilyn Bergman, it was nominated for an Academy Award for Best Original Song.

Bishop's composition "Separate Lives", sung by Phil Collins and Marilyn Martin, from the 1985 movie White Nights, was also nominated for an Academy Award for Best Original Song, losing to "Say You, Say Me" from the same film. Bishop wrote the song about his breakup with actress Karen Allen, who also appeared in Animal House. Bishop said: "I write much better when I'm heartbroken and sad or melancholy."

In 1989, Bishop released the album, Bowling in Paris with Phil Collins (co-producer on some songs), Eric Clapton and Sting contributing. In 1987, the Norwegian swing/pop duo Bobbysocks! had recorded the album's "Walking on Air" (as "Walkin' on Air") on their album Walkin' on Air.