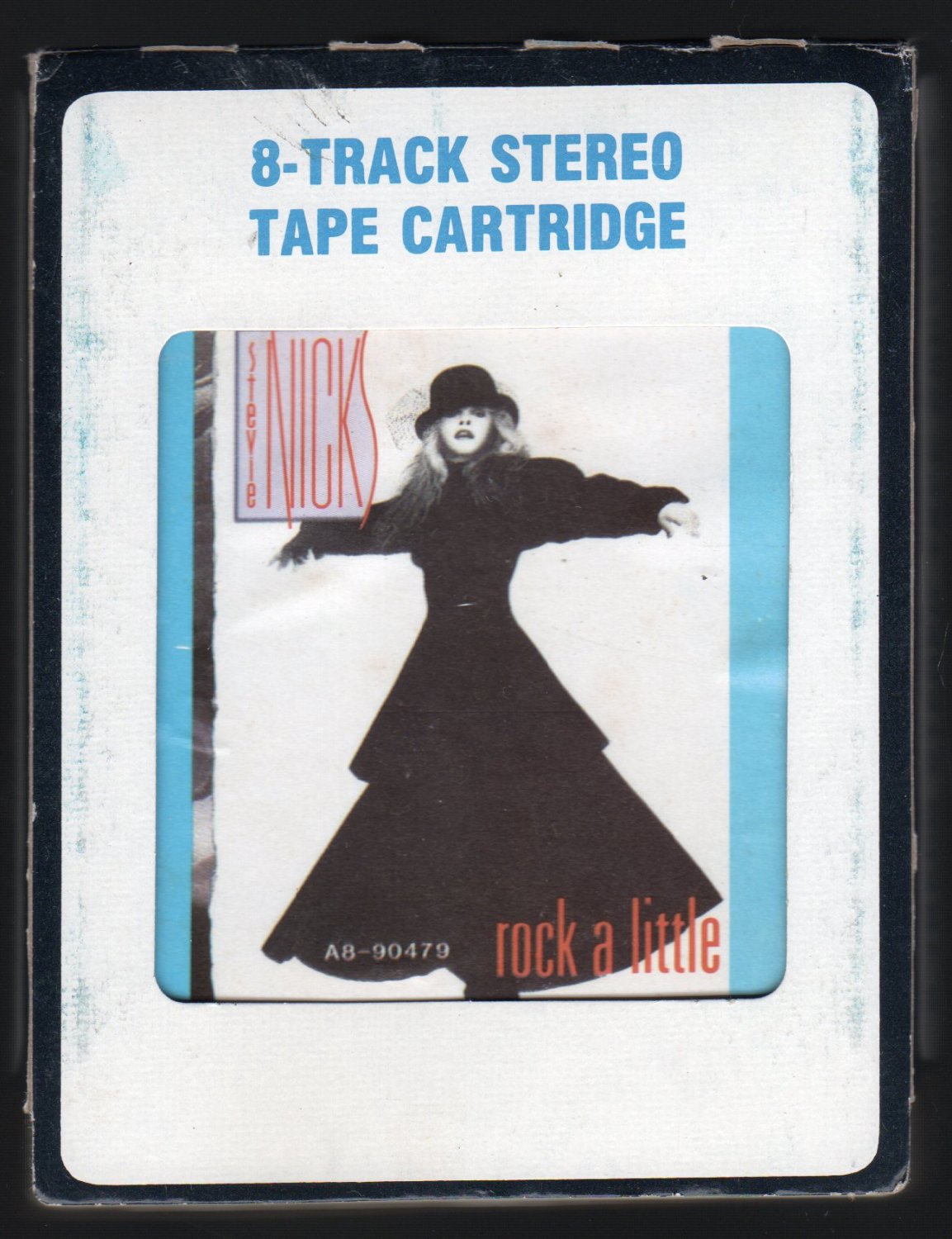 Released in late 1985 while Fleetwood Mac were still on a lengthy hiatus following their album Mirage in 1982, Rock a Little peaked at #12 on the U.S. Billboard charts, and was certified platinum within three months of its release. Although sales did not match Nicks' earlier albums, Bella Donna and The Wild Heart (both selling in excess of 4 and 2 million copies in the U.S. respectively), Rock a Little produced the hits "Talk to Me" (US#4), "I Can't Wait" (US#16), and the mainstay encore for Nicks' live shows, "Has Anyone Ever Written Anything for You" (US#60). The album peaked at #5 in Australia, #8 in Canada, and #30 in the UK.

Recording for her follow-up project to 1983's multi-platinum album The Wild Heart originally began in 1984, under the collective heading of "Mirror, Mirror". A selection of songs were recorded, including "Running Through the Garden" and "Mirror Mirror". However, Nicks scrapped these recordings and parted ways with long-time producer and romantic interest Jimmy Iovine, and in late 1984 began work on what is now recognised as the Rock a Little project. "Running Through the Garden" would resurface in completed form in 2003 on the Fleetwood Mac album Say You Will.

The album is reputed to have cost $1 million USD to record (according to Mick Fleetwood in his autobiography), and is seen as a watershed in the singer's career. The vocal style is distinctively more husky and nasal (many claim this was due to increasing cocaine abuse) than on previous recordings, and, uncharacteristically, some of the album's tracks were not written by Nicks herself. It was later revealed that Martin Page and Bernie Taupin had especially written the track "These Dreams" for inclusion on the album, but Nicks turned it down. The track was then recorded by the band Heart and became their first no.1 in 1986.

Nicks had recorded various other tracks prior to the album's release, including the uptempo rocker "Violet and Blue", and "Battle of the Dragon", a moody and intricate contemplation of the stormy relationships between Fleetwood Mac members at that time. Rather than included on her own album, both were featured on movie soundtracks (Against All Odds and American Anthem respectively), though they were both featured on Nicks' 3-disc retrospective Enchanted in 1998. A duet with Eagles drummer and former lover Don Henley entitled "Reconsider Me" would also see the cutting room floor, and the rock ballad "One More Big Time Rock and Roll Star" was relegated to the B-side of the "Talk to Me" single. Many other discarded demos from the sessions have never seen the light of day, but a few, including "Thousand Days", "Greta", "Love is Like a River" and "Listen to the Rain", were dusted off for her 1994 album Street Angel. "Mirror, Mirror" was tried out again for 1989's The Other Side of the Mirror, and was again revisited in 1994 for inclusion on Street Angel, but ultimately was only released on a cassette single of "Blue Denim" in 1994 and, as such, has become a highly sought after Nicks recording.

Jimmy Iovine was originally brought in to produce the album and worked on the original demo recordings in 1984. However, he parted ways with Nicks midway through the recording sessions, claiming he did not like the direction in which Nicks wanted to take the album. It was later revealed that the two had been in a relationship for several years, and he left production of Rock a Little due to their break-up and Nicks' subsequent relationship with Eagles member Joe Walsh (for whom she penned her much-loved ballad "Has Anyone Ever Written Anything for You"). Keith Olsen, Rick Nowels and Nicks herself took over production duties after Iovine's departure.

Upon release in November 1985, Rock a Little received very mixed reviews. Combined with Nicks' growing addiction to cocaine at the time which hampered her tour performances (she would famously check in to the Betty Ford Clinic at the tour's conclusion), the album did not achieve sales or chart positions expected of Nicks at that time.

Stephanie Lynn "Stevie" Nicks (born May 26, 1948) is an American singer and songwriter, best known for her work with Fleetwood Mac and an extensive solo career, which collectively have produced over forty Top 50 hits and sold over 140 million albums. She was deemed "The Reigning Queen of Rock and Roll" and one of the "100 Greatest Singers of All Time" by Rolling Stone, and, as a member of Fleetwood Mac, was inducted into the Rock and Roll Hall of Fame in 1998. As a solo artist, she has garnered eight Grammy Award nominations and, with Fleetwood Mac, a further five.

Nicks joined Fleetwood Mac in 1975 along with her romantic partner Lindsey Buckingham. Fleetwood Mac's second album after the incorporation of Nicks and Buckingham, Rumours, released in 1977, was the best-selling album of the year of its release and, to date, made sales of 40 million copies worldwide, which makes it the sixth-highest-selling studio album of all time. The album remained at number one on the American albums chart for 31 weeks and reached the top spot in various countries worldwide. The album won the Grammy Award for Album of the Year in 1978 and produced four U.S. Top 10 singles, with Nicks' "Dreams" being the band's first and only U.S. number-one hit.

Nicks began her solo career in 1981 with the album Bella Donna, which reached platinum status less than three months after its release, and has since been certified quadruple-platinum. She has released a total of eight solo studio albums to date, with her most recent titled 24 Karat Gold: Songs from the Vault, released in October 2014. Nicks is known for her distinctive voice, mystical visual style, and symbolic lyrics.