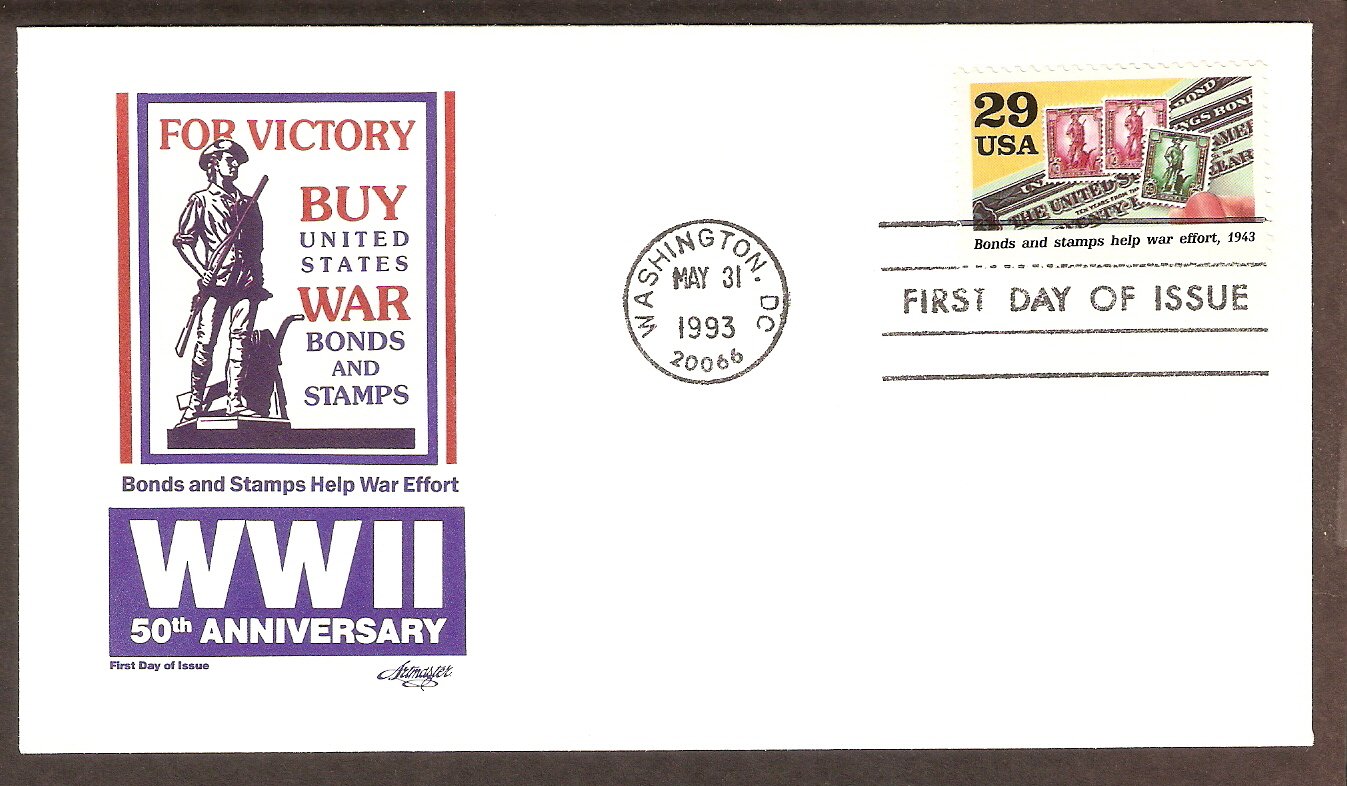 Although the U.S. government paid for the costs of World War II in several ways, the most popular method was selling war bonds and war stamps to individuals and businesses. This form of borrowing, together with collection drives, special taxes, and rationing, joined Americans on the home front together in a morale-boosting enterprise, giving them a sense of participation in the war.