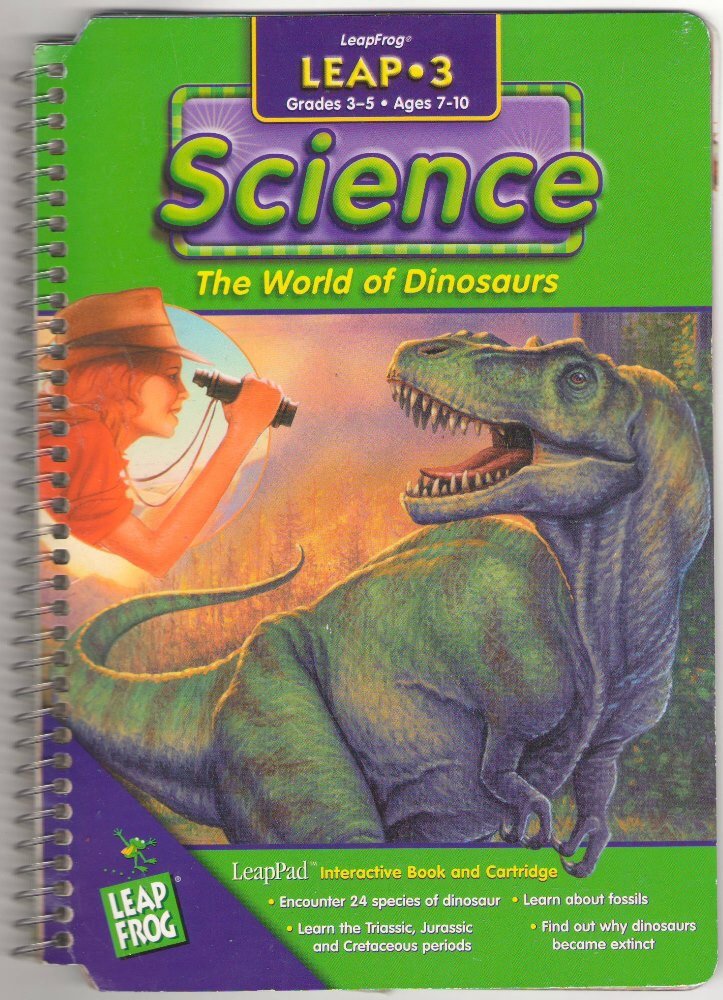 Leap into Learning with interesting facts about 24 different dinosaurs!

Enter the world of the dinosaurs, great creatures who roamed the Earth millions of years ago! Find out where they lived, what they ate, and what made each one unique. Learn about fossils and prehistoric time periods. Identify two dozen species of dinosaurs, from ferocious Tyrannosaurus rex to the motherly Maiasaura. Also learn the answer to the question: Just how big would a dinosaur be if one were standing right next to you?

In this science book, you'll learn:

1. How long dinosaurs lived on the Earth
2. Why dinosaurs became extinct
3. Distinguishing dinosaur characteristics
4. All about exciting fossil discoveries
5. What Earth was like millions of years ago