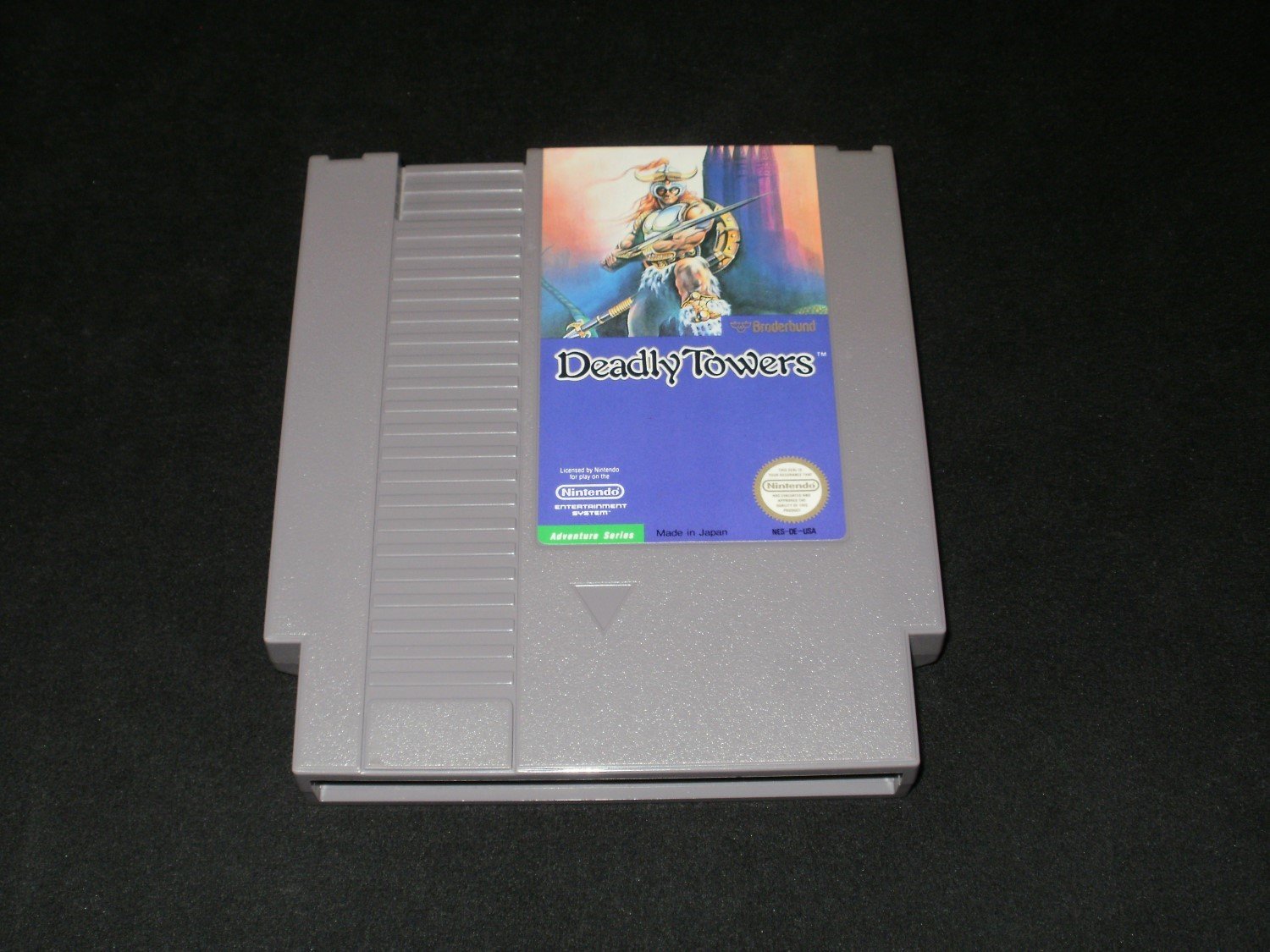 Tweet
Excellent condition Deadly Towers for the NES. This sale is just for the cart; no manual or box is included.

Ah, the infamous Deadly Towers. Coupled with the NES game Hydlide this would create the most lethal crap combo known to man.

Seriously though, I think this game got a needlessly bad reputation; it's not that bad IMO. Published by the same company that released Guardian Legend and Legacy of the Wizard, the game deserves respect for that at least.

You have to cut the game some slack as it was one of the first third party games to be released for the NES. Not a bad effort to say the least and it's playable. Hey I'm trying to sell the game you know! ;)

Game has been cleaned plus tested and is guaranteed to be working. If you have any questions about this sale then please don't hesitate to ask.

I combine shipping and ship within 1 business day. All games are NTSC USA versions unless otherwise stated in the description. Please browse the hundreds of other games that I have for sale at http://gamegod767.ecrater.com