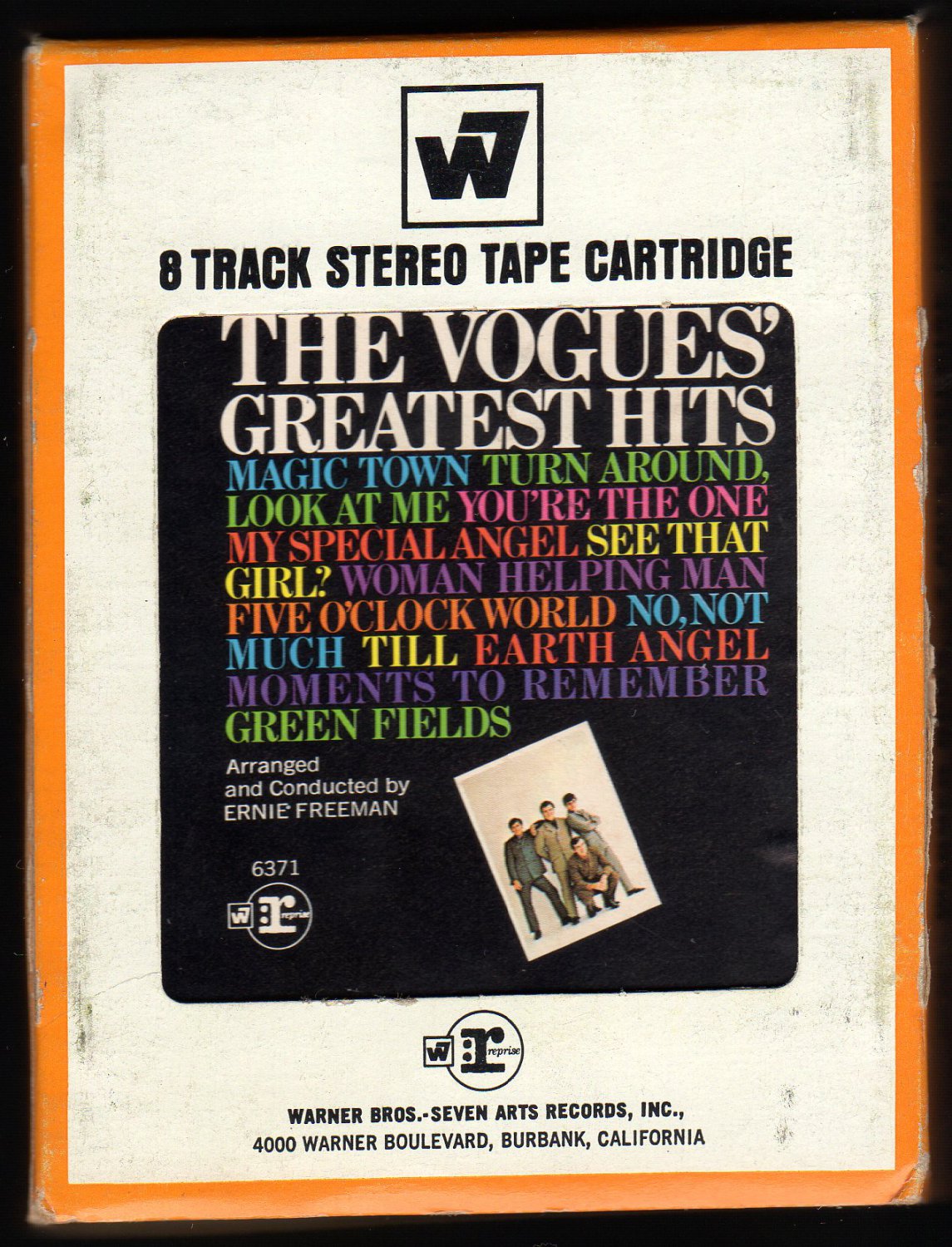 Tweet
The Vogues' Greatest Hits was an LP album by The Vogues, released by Reprise Records in 1970, under catalog number RS 6371. For this collection arranger Ernie Freeman wrote orchestral parts to overdub the original Co & Ce masters of "You're The One", "Five O'Clock World", and "Magic Town" since all the Reprise songs were orchestrated.

They are best known for their chart topping singles "You're The One", "Five O'Clock World", "Magic Town", and "Turn Around, Look at Me". In addition to touring the world, the group appeared on American Bandstand, The Tonight Show, and The Ed Sullivan Show. They were inducted into the Vocal Group Hall of Fame in 2001.