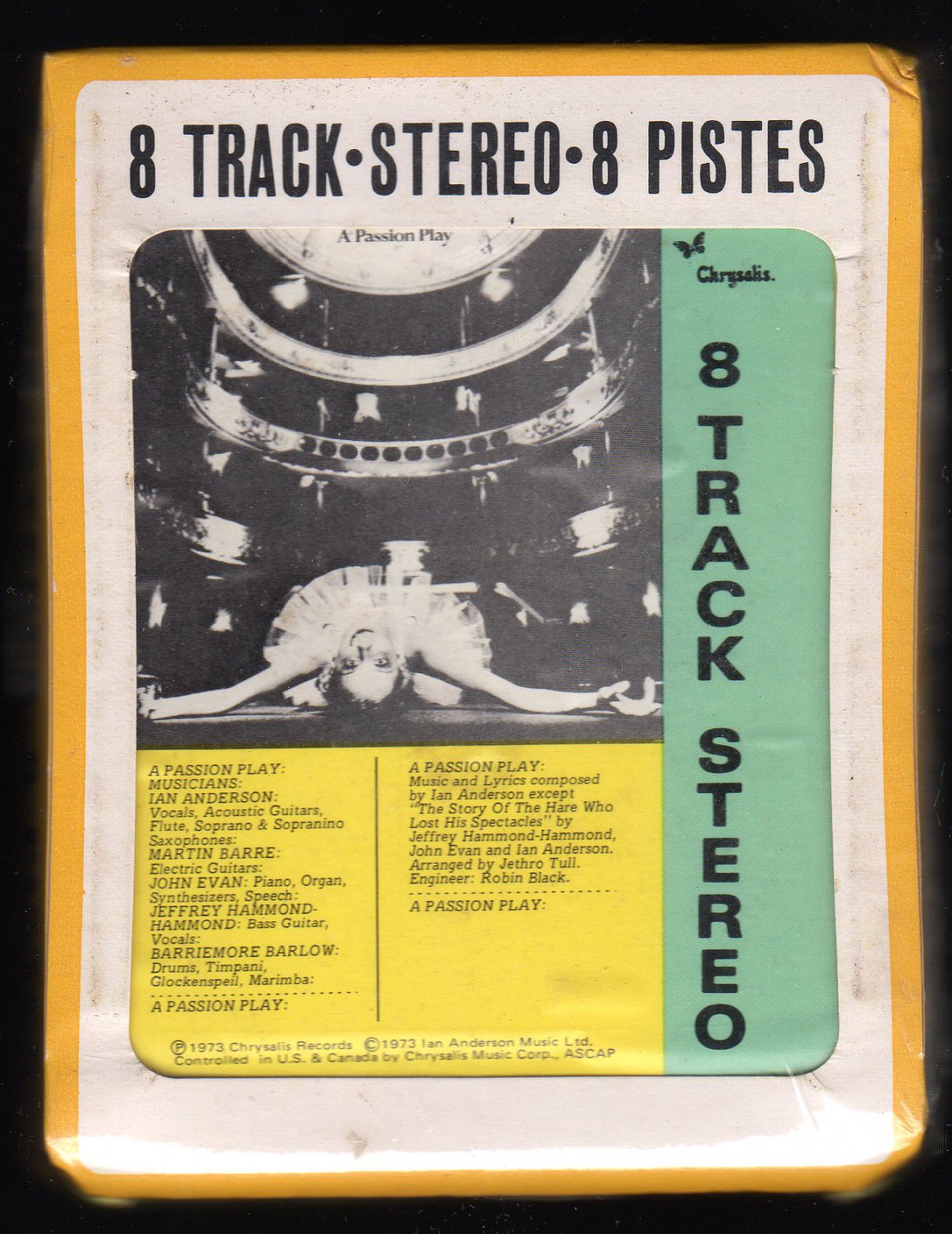 Tweet
A Passion Play is the sixth studio album by Jethro Tull, released in July 1973 in both UK and US. Like its predecessor, Thick as a Brick (1972), it is a concept album comprising individual songs arranged into a single continuous piece of music (which is split into two parts on the original vinyl LP release). The theme of the concept is apparently the spiritual journey of one man (Ronnie Pilgrim) in the afterlife. In the original tour to support the album, three videos were used: one for the intro of the play, a second for "The Story of the Hare Who Lost His Spectacles", and a final shot passage to conclude the act. The whole of the concert was probably the high water mark of Jethro Tull's elaborate stage productions.

Jethro Tull are a British progressive rock group formed in Luton, Bedfordshire, in December 1967. Their music is characterised by the vocals, acoustic guitar, and flute playing of Ian Anderson, who has led the band since its founding, and the guitar work of Martin Barre, who has been with the band since 1969, after he replaced original guitarist Mick Abrahams.

Retrieved from
http://en.wikipedia.org/wiki/Jethro_Tull_(band)
A43
... [Full Description]