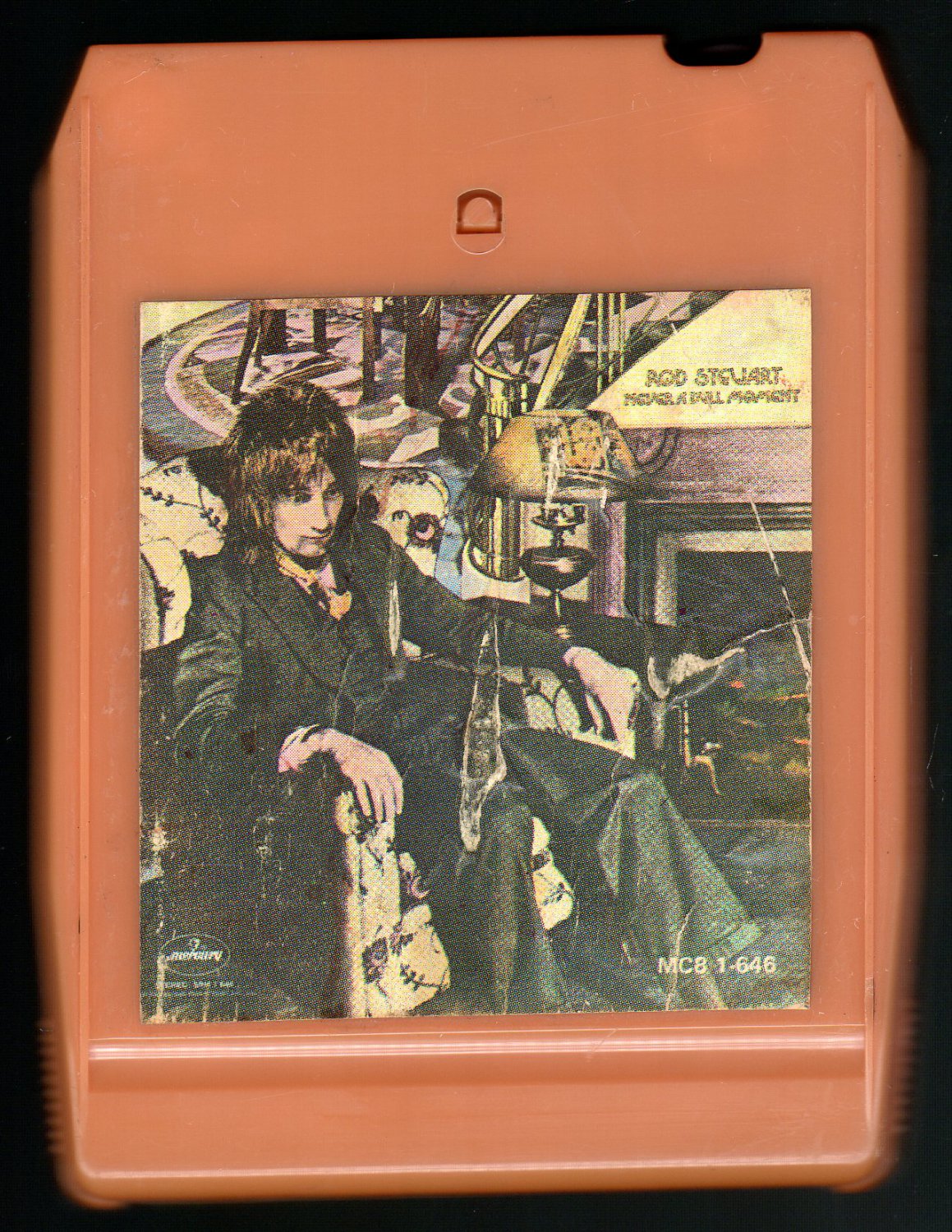 Tweet
Never a Dull Moment was the fourth solo album by rock musician Rod Stewart, released in the summer of 1972. It became a UK number-one album (for two weeks) and reached number two on the US Album chart the same year. The track, "You Wear It Well", co-written by Stewart and classical guitarist Martin Quittenton, was a smash hit (another UK No. 1; in US No. 13), as well as "Twistin' the Night Away", a song originally recorded (and written) by Sam Cooke.

Like many of Stewart's albums from the era, Never a Dull Moment features significant musical contributions from the members of his band Faces. Other guest musicians included Ray Jackson of the band Lindisfarne on mandolin, Spike Heatley on upright bass, Gordon Huntley on steel guitar, Dick Powell on violin, Pete Sears on piano and bass.

"Mama You Been on My Mind" is a cover version of a Bob Dylan song. Stewart's version is one of the songs featured in Nick Hornby's book 31 Songs.

On the 8-track tape release of the album the song "What Made Milwaukee Famous (Has Made a Loser Out of Me)" was on program 2 following "Twisting the Night Away", but it was not mentioned in the song listing.

"Angel" is a tribute to, and written by Jimi Hendrix, who had recently died. Ronnie Wood and Jimi Hendrix had shared a flat in the late 1960s and were both at a Soho club the night he died. The song can be heard in one of the scenes of the film Charlie's Angels.

Roderick David "Rod" Stewart, CBE (born 10 January 1945) is a British rock singer-songwriter. Born in London, he is of Scottish and English ancestry. Stewart is one of the best selling music artists of all time, having sold over 100 million records worldwide.

In the UK, he has had six consecutive number one albums, and his tally of 62 hit singles include 31 that reached the top 10, six of which gained the number one position. He has had 16 top ten singles in the U.S, with four reaching number one on the Billboard Hot 100. In 2007, he received a CBE at Buckingham Palace for services to music.

With his distinctive raspy singing voice, Stewart came to prominence in the late 1960s and early 1970s with The Jeff Beck Group and then with the Faces. He launched his solo career in 1969 with his début album An Old Raincoat Won't Ever Let You Down (US: The Rod Stewart Album). His early albums were a fusion of rock, folk music, soul music and R&B. His aggressive blues work with The Jeff Beck Group and the Faces influenced heavy metal genres. From the late 1970s through the 1990s, Stewart's music often took on a New Wave or soft rock/MOR quality, and in the early 2000s he released a series of successful albums interpreting the Great American Songbook.