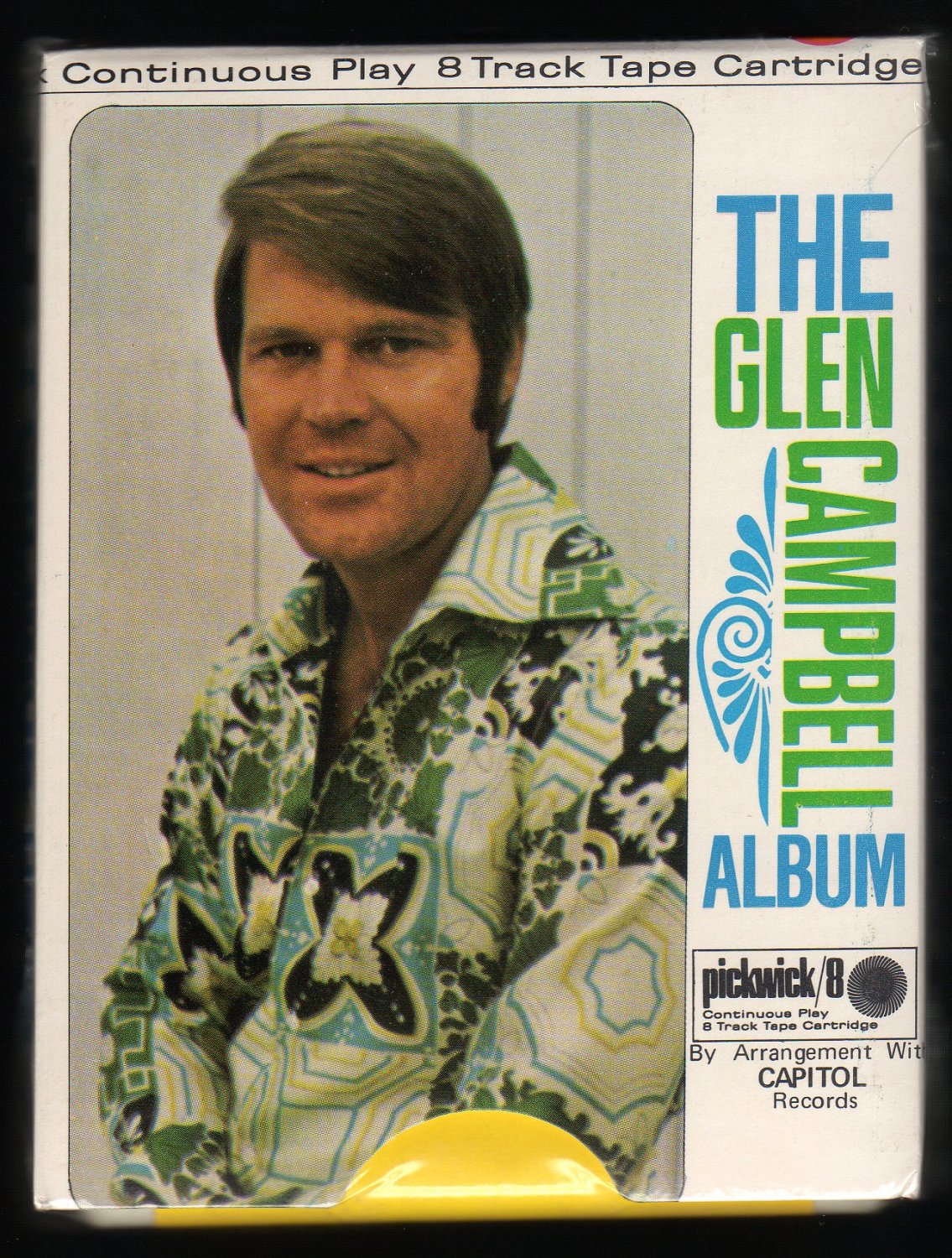 Tweet
Glen Travis Campbell (April 22, 1936 – August 8, 2017) was an American singer, guitarist, songwriter, television host, and actor. He was best known for a series of hits in the 1960s and 1970s, and for hosting a music and comedy variety show called The Glen Campbell Goodtime Hour on CBS television, from January 1969 through June 1972.

During his 50 years in the music business, Campbell released more than 70 studio albums. He sold 45 million records worldwide and accumulated 12 gold albums, four platinum albums, and one double-platinum album. He placed a total of 80 different songs on either the Billboard Country Chart, Billboard Hot 100, or Adult Contemporary Chart, of which 29 made the top 10 and of which nine reached number one on at least one of those charts. Among Campbell's hits are "Universal Soldier", his first hit from 1965, along with "Gentle on My Mind", "By the Time I Get to Phoenix", "Wichita Lineman", "Dreams of the Everyday Housewife", "Galveston", "Rhinestone Cowboy" and "Southern Nights".

Campbell made history in 1967 by winning four Grammys in the country and pop categories. For "Gentle on My Mind", he received two awards in country and western; "By the Time I Get to Phoenix" did the same in pop. Three of his early hits later won Grammy Hall of Fame Awards (2000, 2004, 2008), while Campbell himself won the Grammy Lifetime Achievement Award in 2012. He owned trophies for Male Vocalist of the Year from both the Country Music Association (CMA) and the Academy of Country Music (ACM), and took the CMA's top award as 1968 Entertainer of the Year. Campbell played a supporting role in the film True Grit (1969), which earned him a Golden Globe nomination for Most Promising Newcomer. He also sang the title song, which was nominated for an Academy Award.