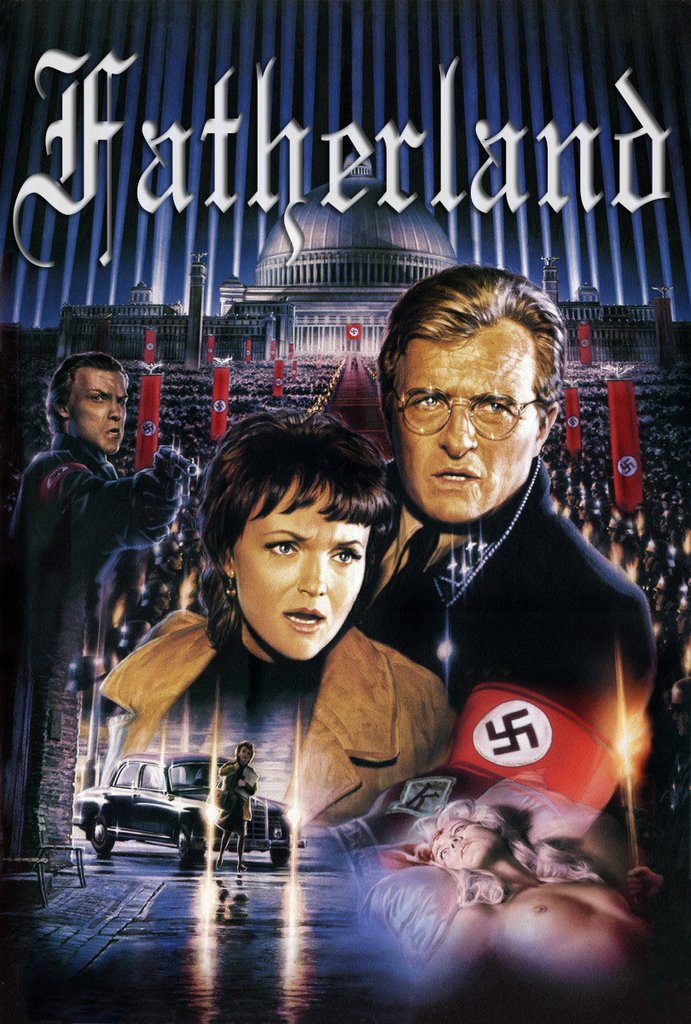 Fictional historical account of what might have happened if Adolf Hitler had won the Second World War. Germany has corralled all European countries into a single state called Germania, and continues fighting against the Soviet Union. It is now 1964 and Germany's war crimes against the Jews have so far been kept a secret. Germany believes that an alliance with the United States would finally beat the Soviet war machine. As his 75th birthday approaches, Hitler wants to talk peace with President Joseph Kennedy. An SS homicide detective and an American journalist stumble into a plot to destroy all evidence of the genocide; evidence that could destroy the peace process with America and evidence that Nazi and SS leaders will stop at nothing to keep hidden.