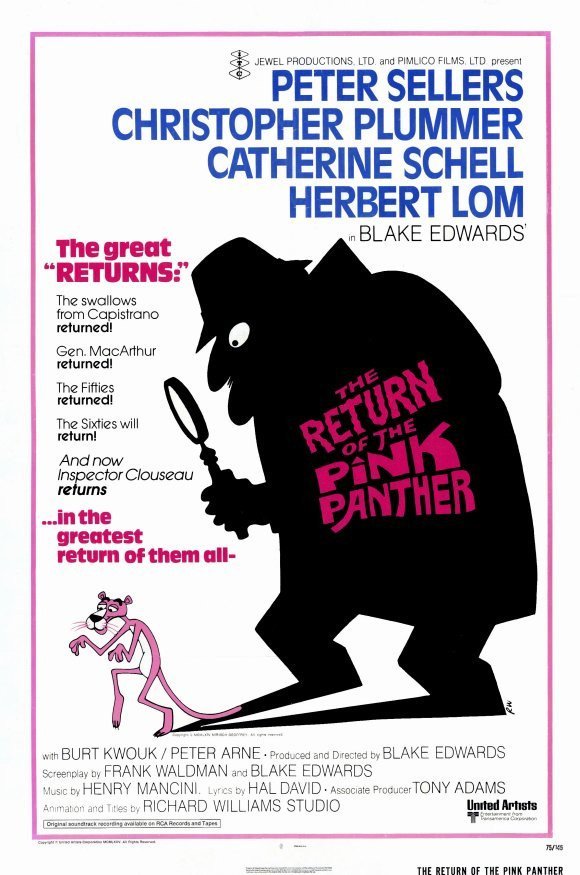 The comic genius of Blake Edwards and Peter Sellers meet again in The Return of the Pink Panther. The Pink Panther Diamond is stolen with only one clue left behind - a white glove, the trademark of the world-renowned jewel thief, The Phantom (Christopher Plummer). Believed to be retired, he immediately becomes the chief suspect on Inspector Clouseau's list. Wanting to clear his name, The Phantom sets out to find the real thief and sends Clouseau bumbling along on a false trail. Inspector Clouseau's antics finally push his boss, Chief Inspector Dreyfus, over the edge and he sets out to murder Clouseau to be rid of him once and for all!

It's non-stop laughs in this timeless comedy masterpiece, hailed as the funniest in The Pink Panther series.