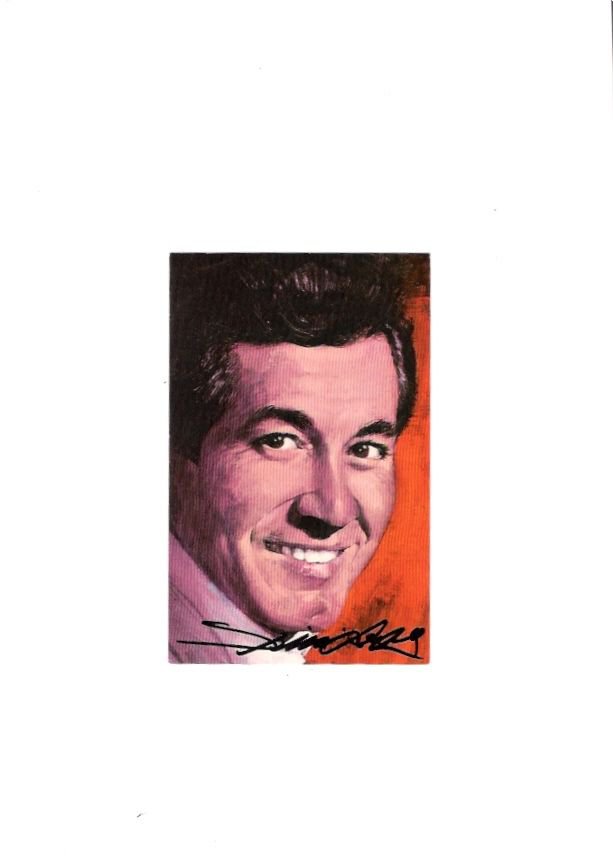 Tweet
Authentically autographed color postcard from singer, guitarist, dancer and actor Trini Lopez (1937-). It dates from the late 1960s and comes with an original press release.

Postcard is boldly signed in black sharpie: "Trini Lopez." No doubt as to authenticity.

Postcard is in excellent+ condition and press release is unused in near mint condition.