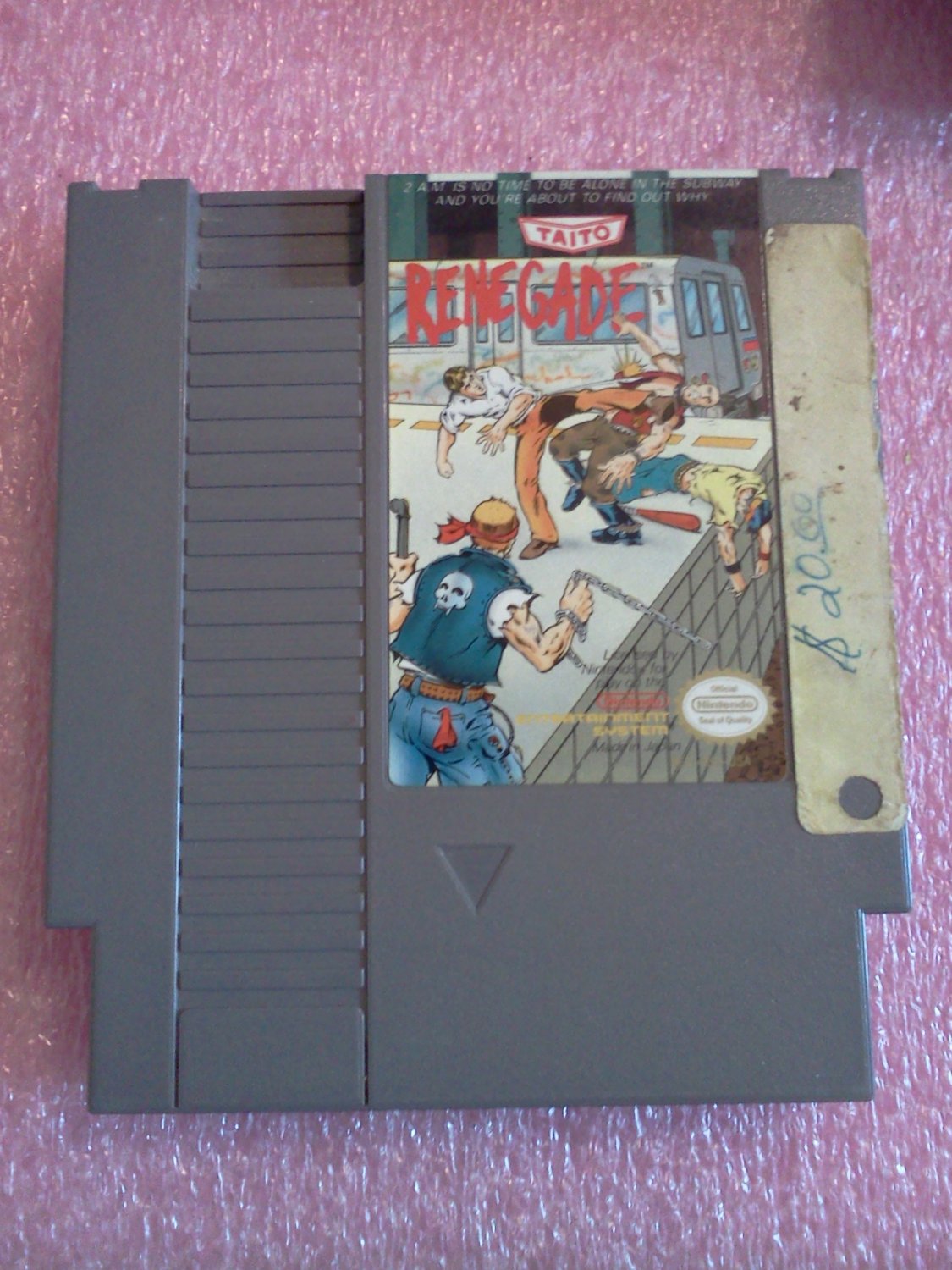 Tested, Cartridge only, Has a sticker on the front, Great game!

Product Information
As the Renegade you are always in the wrong place at the wrong time. Instead of going to the mall or to the park, you like to hang out at the subway, the wharf, and in dark alleys. Inevitably, you are constantly attacked by street punks, outlaw bikers, evil Kung Fu chicks, and blood-hungry hounds. Luckily, you're a pretty good fighter. You can kick, punch, and run with the best of them. You can also knee and throw your adversaries when you are standing face-to-face with them. If you knock your opponent to the ground, you can punch him when he's down and possibly pick up an item in the process. These items include hamburgers, which replenish your energy, hearts, which cause a second Renegade to appear, power-ups (represented by the letter P), which empower you to knock your enemies down with one punch. During the motorcycle stage, in which you are speeding down the highway, kicking other bikers, you can pick up an S (speed), which gives you the ability to crash an enemy's bike with turbo power. Composed of four stages, Renegade, which is a remake of the 1986 arcade hit, can be played by yourself or (cooperatively) with a friend.