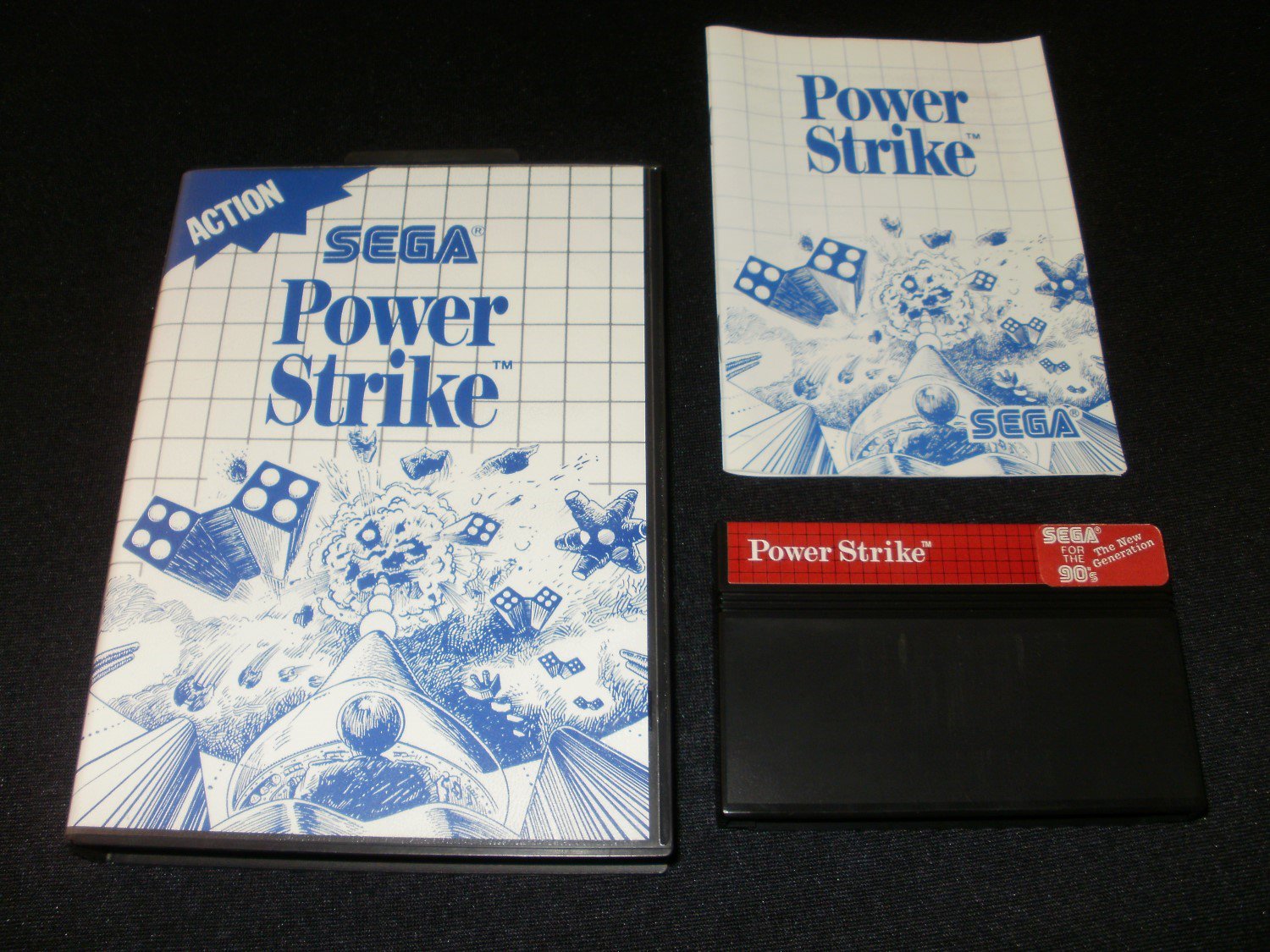 The sale is for the rarer "Sega for the 90s" version which has stickers on the cart and back of the box plus manual proudly declaring such.

Power Strike was a 1988 mail order exclusive and not sold in stores. As a result the game is one of the rarest Sega titles ever officially released.

Power Strike is actually Aleste; Sega renamed the title for the American Market. Aleste is part of very popular and superb space shooter franchise. All of the titles in the series are rare; certainly the American releases at least.

Robo Aleste for the Sega CD and the infamously expensive and uber rare M.U.S.H.A. for Sega Genesis (known in Japan as Musha Aleste: Full Metal Fighter Ellinor) are some of the best shooters for Sega consoles and Power Strike is no exception.

An interesting bit of trivia is that the common title Zanac for the NES plays plus looks very similar to Aleste/Power Strike and was created by the same developer, Compile.

Game has been thoroughly cleaned plus tested and is guaranteed to be working. USA Sega Master System games are cross region compatible so they will work fine on European consoles.

If you have any questions about this item then please don't hesitate to ask. I combine shipping and ship within 1 business day. Please browse the hundreds of other games that I have for sale at http://gamegod767.ecrater.com