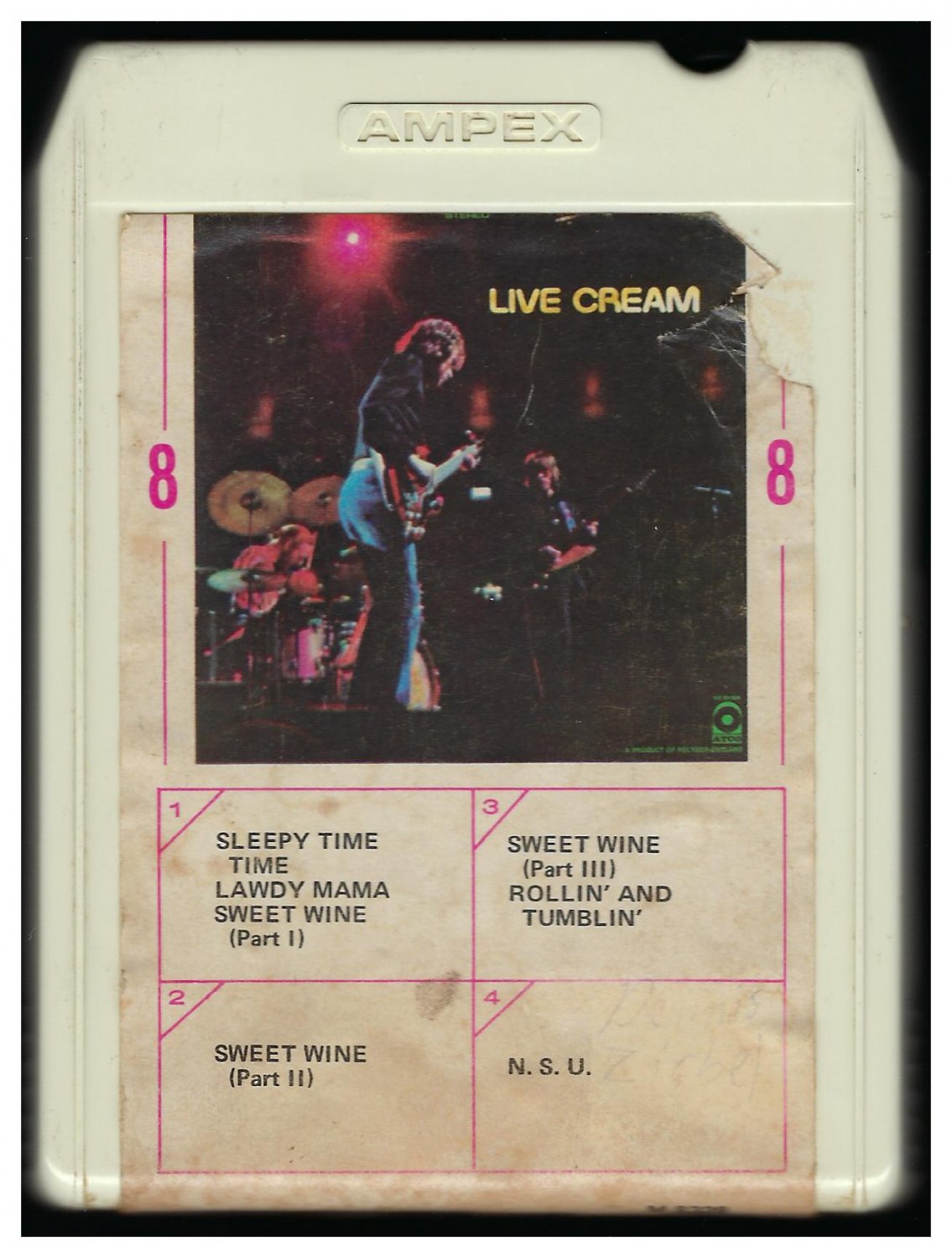 Tweet
Live Cream (also called Live Cream, Volume 1) is a live compilation album by the British rock band Cream, released in 1970. This album comprises four live tracks recorded in 1968 and one studio track "Lawdy Mama" from 1967. The instrumental track for "Lawdy Mama" is the same as heard on "Strange Brew" with a different vocal and guitar solo by Eric Clapton.

Cream were a 1960s British rock supergroup power trio consisting of bassist/singer Jack Bruce, drummer Ginger Baker, and guitarist/singer Eric Clapton. Their unique sound was characterised by a hybrid of blues rock, hard rock and psychedelic rock, combining psychedelia themes, Clapton's blues guitar playing, Bruce's powerful, versatile vocals and prominent bass playing, Baker's pulsating, jazz-influenced drumming and Pete Brown's poetry-inspired lyrics. The group's third album, Wheels of Fire, was the world's first platinum-selling double album. The band is widely regarded as being the world's first successful supergroup. In their career, they sold over 15 million albums worldwide. Their music included songs based on traditional blues such as "Crossroads" and "Spoonful", and modern blues such as "Born Under a Bad Sign", as well as more eccentric songs such as "Strange Brew", "Tales of Brave Ulysses" and "Toad".

The band's biggest hits are "I Feel Free" (UK, number 11), "Sunshine of Your Love" (US, number 5), "White Room" (US, number 6), "Crossroads" (US, number 28), and "Badge" (UK, number 18). The band made a significant impact on the popular music of the time, and, along with Jimi Hendrix, and Terry Kath of Chicago, popularised the use of the wah-wah pedal. They provided a heavy yet technically proficient musical theme that foreshadowed and influenced the emergence of British bands such as Led Zeppelin, The Jeff Beck Group and Black Sabbath in the late 1960s and the early 1970s. The band's live performances influenced progressive rock acts such as Rush. The band was inducted into the Rock and Roll Hall of Fame in 1993. They were included in both Rolling Stone and VH1's lists of the "100 Greatest Artists of All Time," at number 67 and 61 respectively. They were also ranked number 16 on VH1's "100 Greatest Artists of Hard Rock".