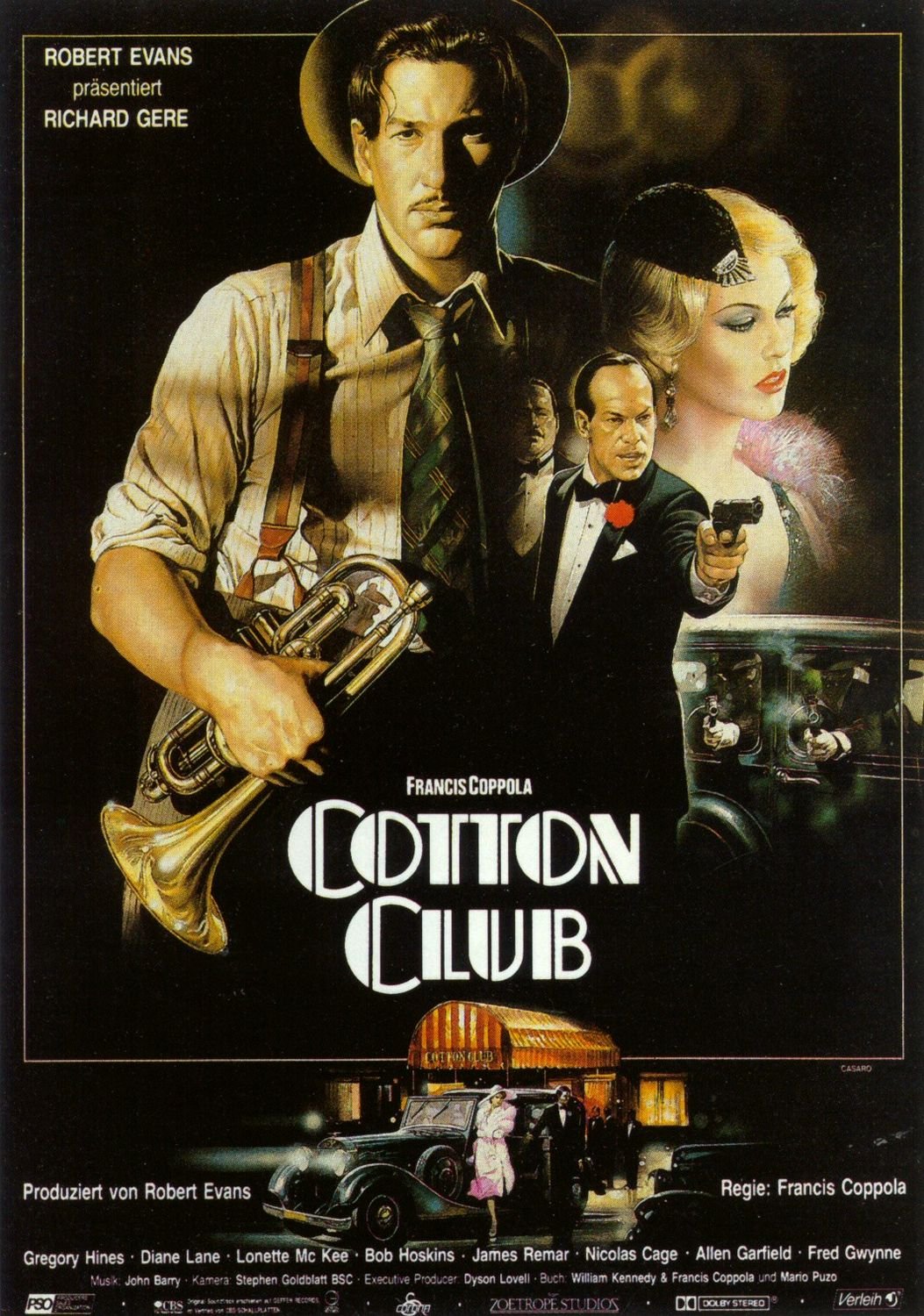 1928, New York. Spirits are high and sultry jazz, lively dancing and ruthless gangsters rule supreme. In the center of it all is Harlem's Cotton Club. Playing on stage is cornet player Dixie Dwyer (Gere), who dreams of the big time, but he's too mixed up with the club's owner (Hoskins) - and his sexy moll (Lane) - to get anywhere fast. Add the frustration of tap sensation Sandman Williams (Hines), who can't touch his girl, the lovely lounge singer Lea Rose Oliver (Lonette McKee), and you've got a short fuse ready to go. As tensions rise, so do tempers, and the legendary nightclub becomes a pressure cooker of jilted loves and mob jobs that blows the lid off one of the most shocking showdowns ever staged.