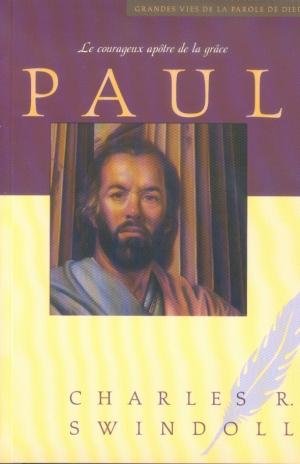 Tweet
PAUL THE APOSTLE OF THE BRAVE GRACE
Charles Swindoll A.6 -037- 5C
MM4543 $ 37.00
Paul is the sixth volume in a series of studies of great lives of the Word of God in which the author attempts to define the qualities that made these heroes so special . Here is one amazing true story as captivating as only Charles R. Swindoll knows describe . The apostle Paul , the converted persecutor , prolific author and inspirational, prodigious teacher, mentor patient is living and powerful testimony unetransformation operated by the grace of God. This unusual character stood boldly on the world stage in the first century , and it has left an indelible mark . Although some people today consider a saint, he described himself as " the chief of sinners ." No one else in the Bible , except Christ, has exercised a profound influence on his time as ours. It was a fiercely determined man , who had an unshakable moral and spiritual strength and a courage which did not weaken face hardships and dangers . Strong, tough and hard , Paul continued his divine mission with unwavering determination . And God has used him mightily to bring Christ to many of his contemporaries in the world. The message and the style of Paul were also marked by the sweetness of grace. This man who had persecuted and killed the saints of God , understood and explained by the better than any of his contemporaries. - 400 pages
... [Full Description]

Other Products from flaban (View All)