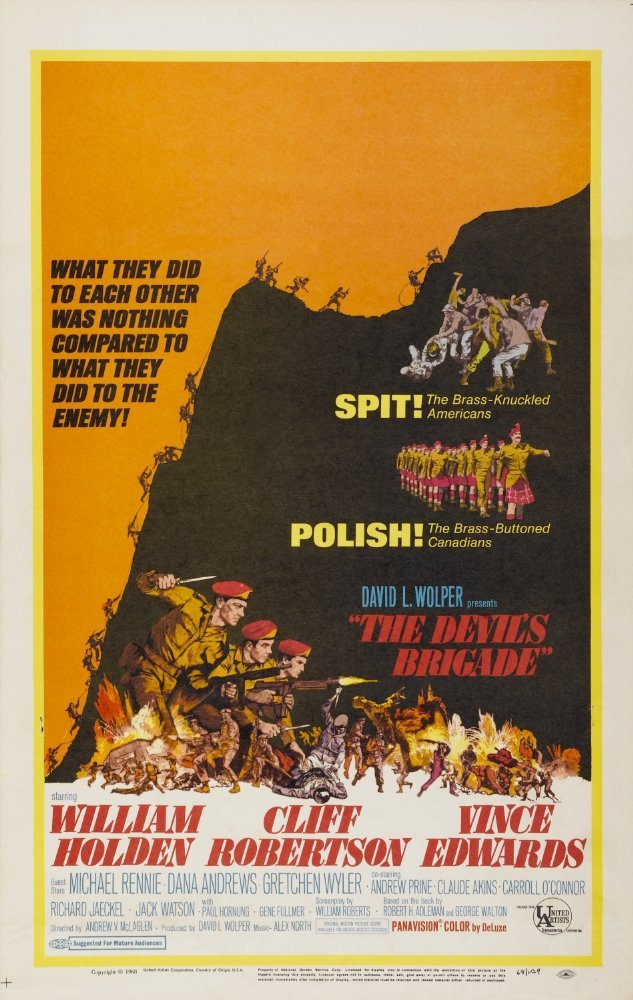 They were misfits, rebels... and heroes. Oscar winners William Holden and Cliff Robertson topline this riveting World War II saga based on the true story of the First Special Service . Capturing the drama of combat with "outstanding" cinematography and an "exceptionally strong cast" (The Hollywood Reporter), The Devil's Brigade is a thrilling tribute to this renowned fighting unit.

Lt. Col. Robert T. Frederick (Holden) takes on the daunting task of melding a renegade group of American and Canadian recruits into a crack team of commando warriors. Frederick's superiors doubt the rookies until Frederick's volunteers them for a perilous attack on a Nazi stronghold in the mountains. His men will be outnumbered and outgunned, but that's a fair fight to "The Devil's Brigade."