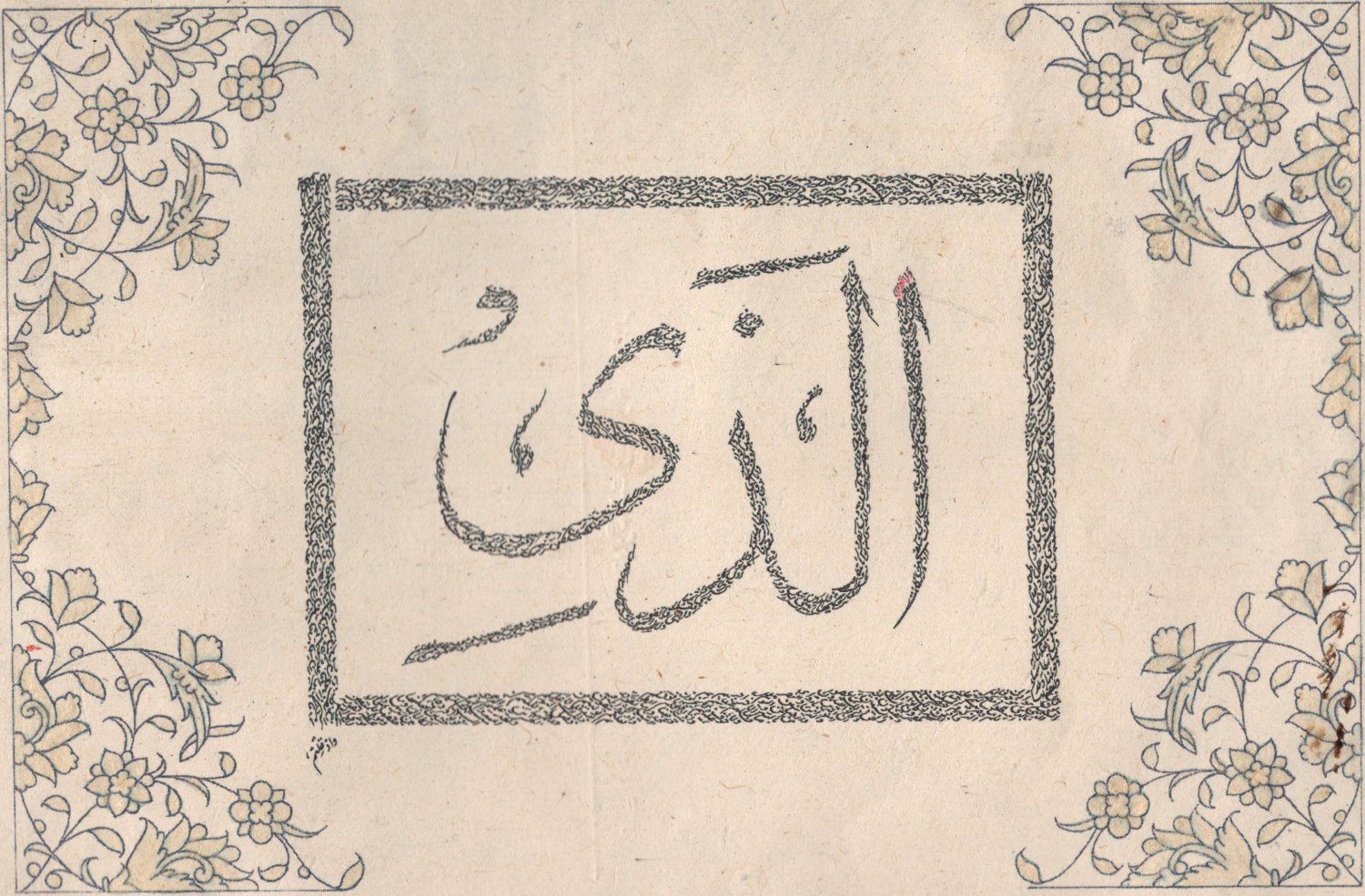 Ghubar (or “dust” in Arabic) is the name of a special kind of calligraphic script. As its name implies, ghubar can be as delicate as particles of dust on a piece of paper. Words written in this script can be as fine as a single hair.

Originally designed for messages being sent by carrier pigeon, ghubar script compresses information into the smallest possible space. The technique involves writing minuscule inscriptions. Apart from its postal function, ghubar was used by calligraphers in three ways: for the production of scrolls; for esoteric, talismanic and magical writings; and for copies of the Qur’an.

The beautiful Islamic calligraphy art form is made possible due to the flexibility of the Arabic letters which allow themselves to be bent and extended in a way which is impossible with other alphabets.

The practice established itself only relatively late in Islamic art and developed in Ottoman Turkey, India and Qajar Iran around 1458.

The art presented depicts a holy verse from the Quran with a remarkable symmetry in the composition. It also features a floral motif border. It is certainly a piece to own for Islamic art lovers.

Don’t miss out on this unique Ghubar script art, buy it now!

NOTE: Please note the folds and blemishes in art due to its age.