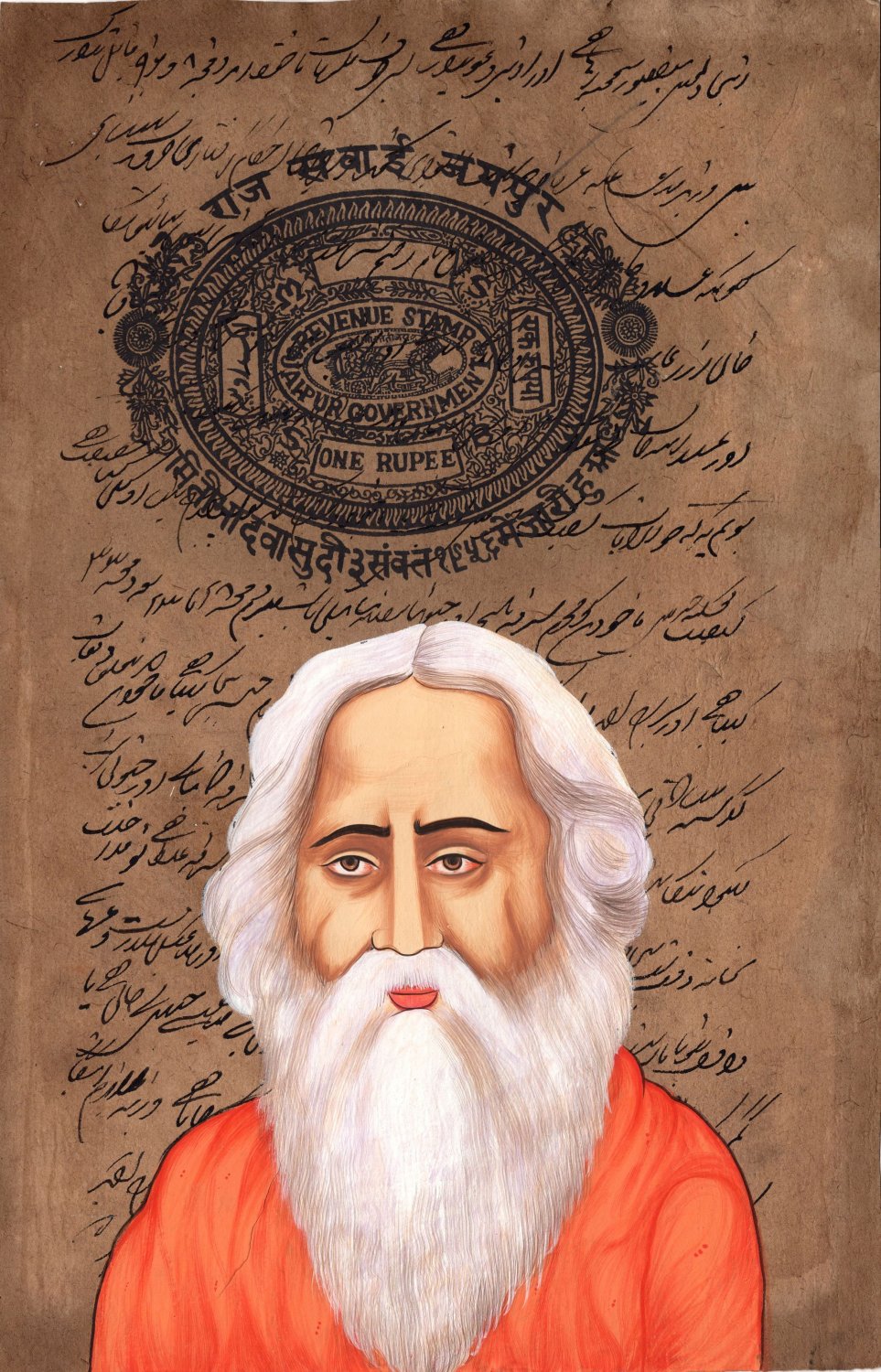 Make a statement with this striking portrait painting of the great Indian poet – Rabindranath Tagore.

Rabindranath Tagore (1861-1941) was the greatest writer in modern Indian literature, Bengali poet, novelist, educator, and an early advocate of Independence for India. Tagaore won the Nobel Prize for Literature in 1913. Two years later he was awarded the knighthood, but he surrendered it in 1919 as a protest against the Massacre of Amritsar, where British troops killed some 400 Indian demonstrators. Tagore’s influence over Gandhi and the founders of modern India was enormous, but his reputation in the West as a mystic has perhaps mislead his Western readers to ignore his role as a reformer and critic of colonialism.

Your decor will come alive with this art of the great Indian poet – Rabindranath Tagore. Buy it today for your home or office.