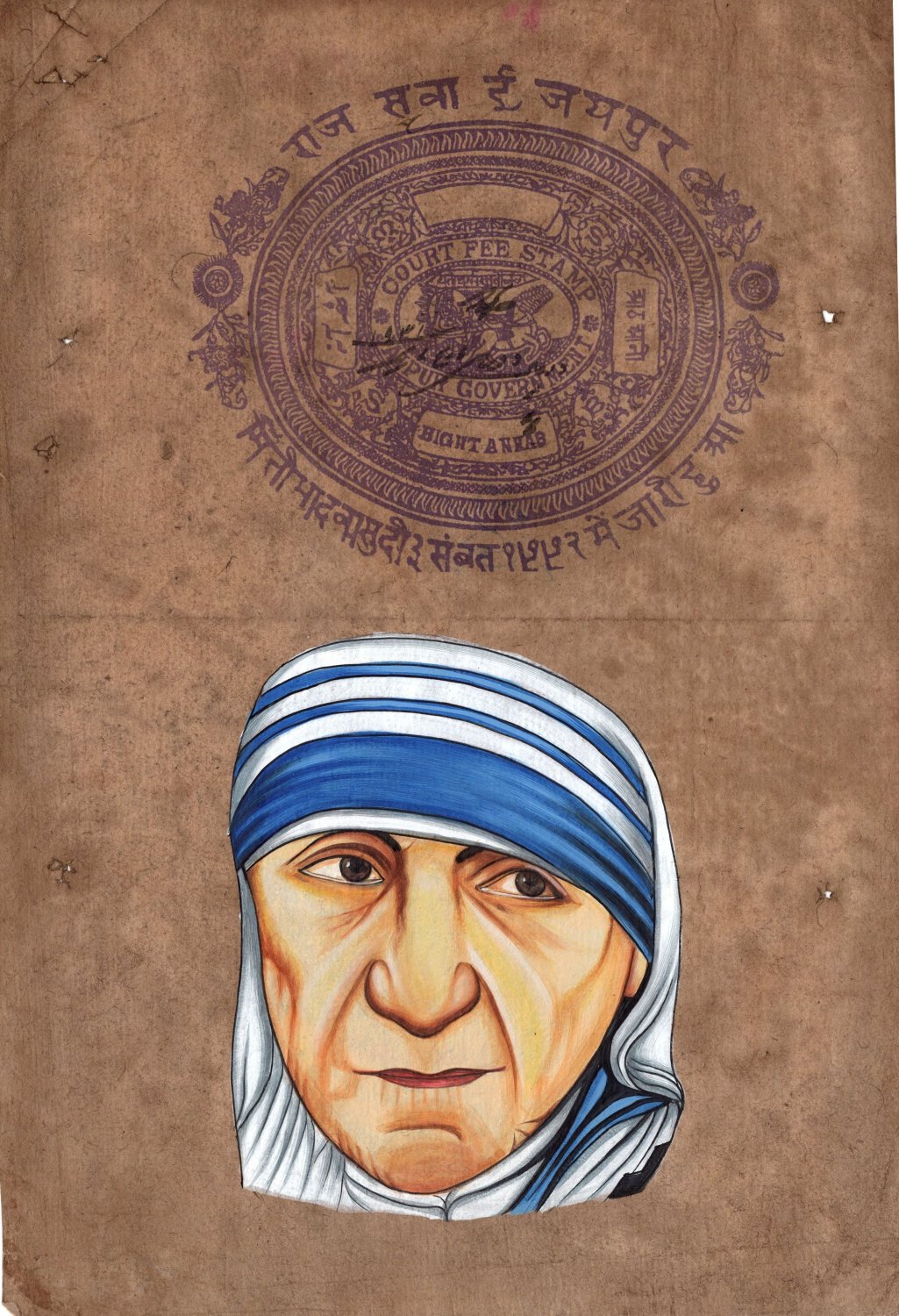 Feel the blessings with this striking portrait painting of the Catholic Saint of Calcutta – Mother Teresa.

A compelling reminder of the good that exists among us, this art of Mother Teresa promises to be one of the most fascinating possessions you could ever own – one you’ll delight in displaying and passing down to future generations.

Blessed Teresa of Calcutta, M.C.,commonly known as Mother Teresa (26 August 1910 – 5 September 1997), was a Roman Catholic Religious Sister and missionary of Kosovo Albanian origin who lived for most of her life in India. Mother Teresa founded the Missionaries of Charity, a Roman Catholic religious congregation, which in 2012 consisted of over 4,500 sisters and is active in 133 countries. Members of the institute must adhere to the vows of chastity, poverty and obedience, and the fourth vow, to give “wholehearted free service to the poorest of the poor”.

Mother Teresa was the recipient of numerous honors including the 1979 Nobel Peace Prize. In 2003, she was beatified as “Blessed Teresa of Calcutta”. A second miracle credited to her intercession is required before she can be recognized as a saint by the Catholic Church.

Your decor will come alive with this art of the great missionary of charity – Mother Teresa. Buy it today.