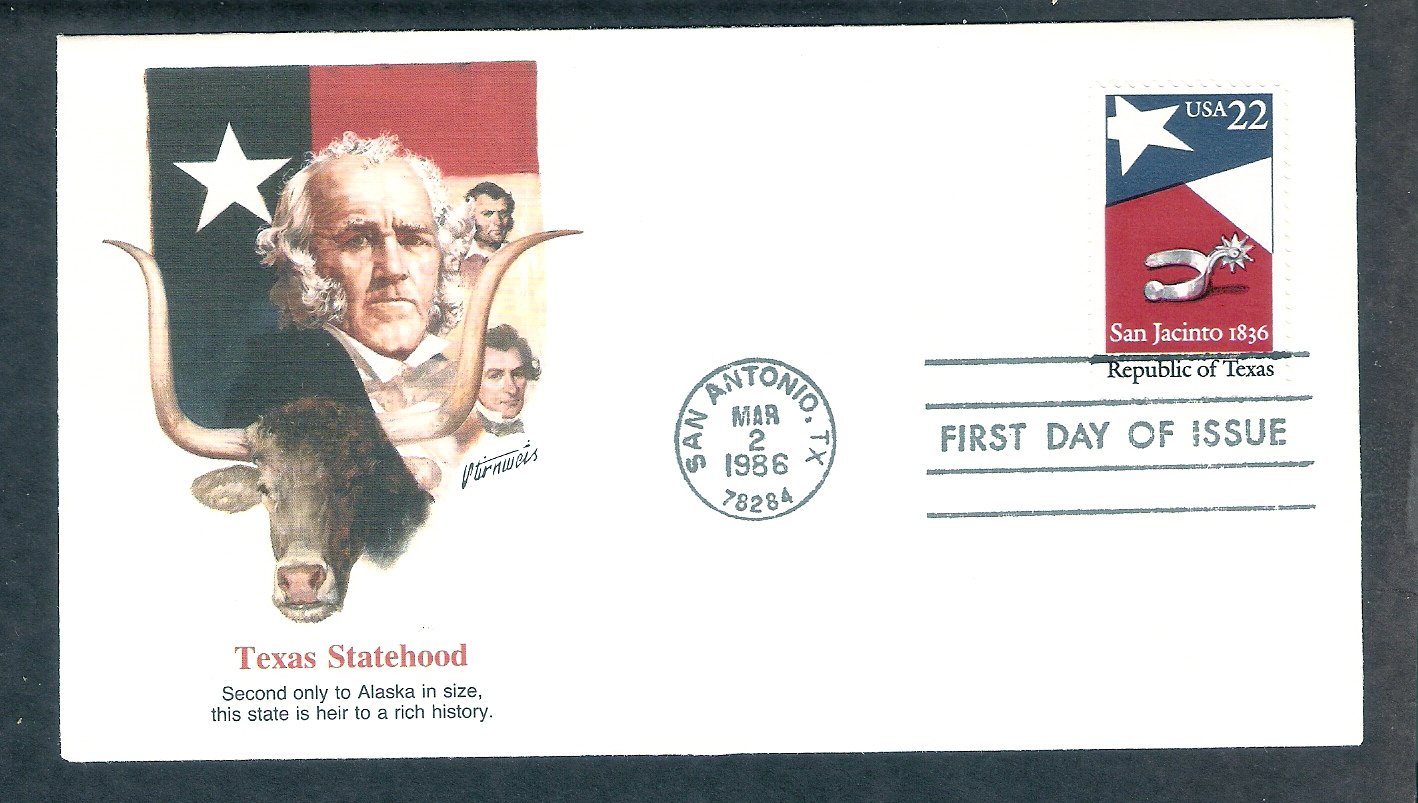 This stamp illustrates a spur given to Sam Houston believed to have belonged to the defeated Mexican general Santa Anna.