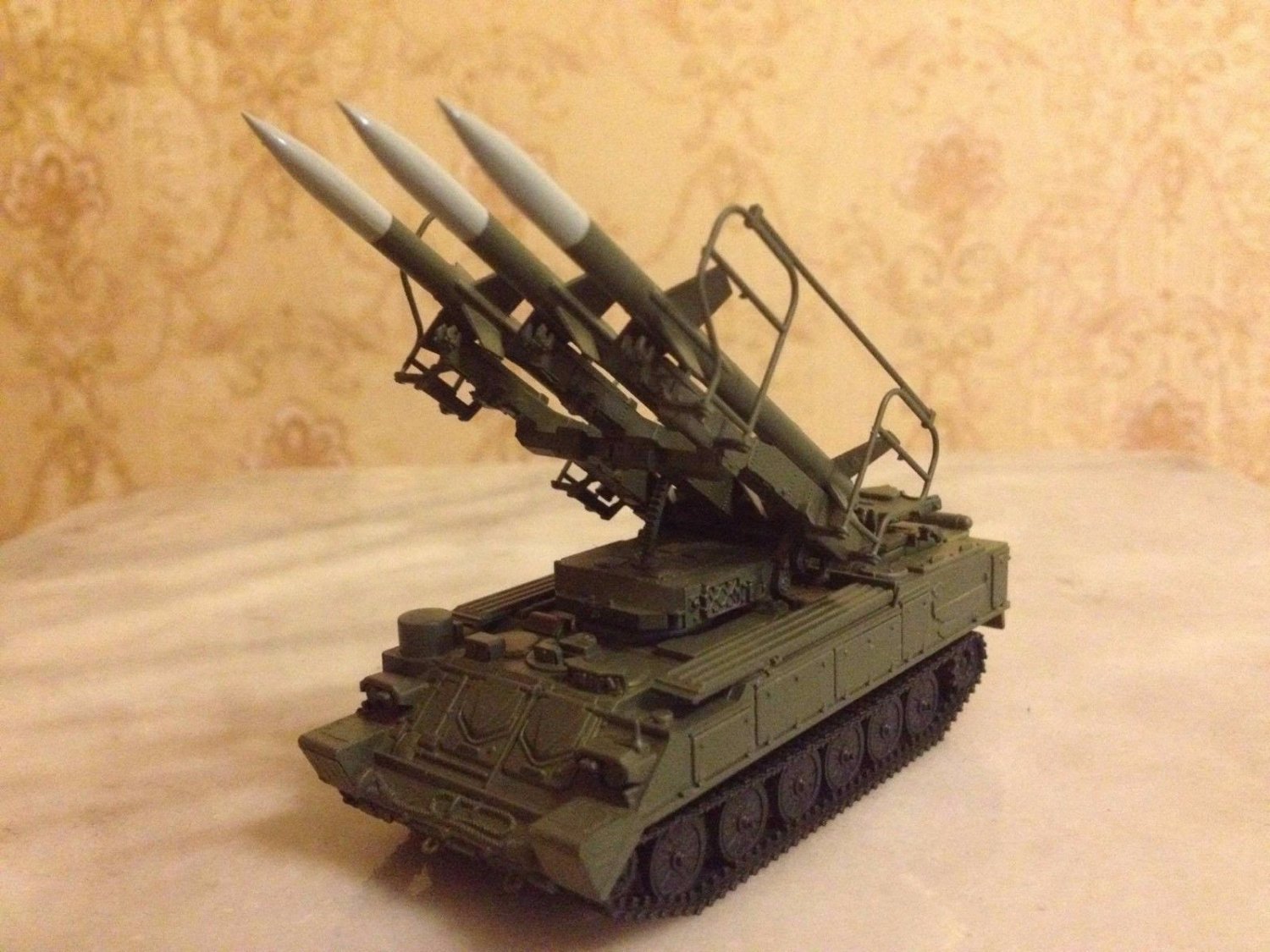 Tweet
Hand made by me with airbrush and original paints!
Material: plastic !
Design work on the 2K12 "Kub" system began in 1959 under the direction of NIIP/Vympel (for the missile) and MMZ (for the tracked chassis) at the behest of the Soviet government. After successfully completing the requisite trials (delayed by various technological challenges), the design entered serial production in 1968 which ran until 1985. The system was formally introduced into limited Soviet Army service in 1967 before seeing widespread use by 1970 and operations concerning the unit continue with many nations even today - despite its 1970s heritage. The type has since seen successful combat actions through the Yom Kippur War, the Chad Civil War, the Iran-Iraq War, the 1st Lebanon War, the 1991 Gulf War and the Yugoslav Wars of the 1990s. To date at least 500 launcher units have been processed with some 10,000 missiles delivered. NATO recognized the 2K12 as the SA-6 "Gainful".
intro:youtube.com/watch?v=OdDAtHumZeg
12 centimeters long !
Complete model 1:72 !
Perfect for collection !
For questions contact with me 24/7
Fast shiping worldwide with safe box with tracking number !
... [Full Description]

Other Products from scalemodelsbg (View All)