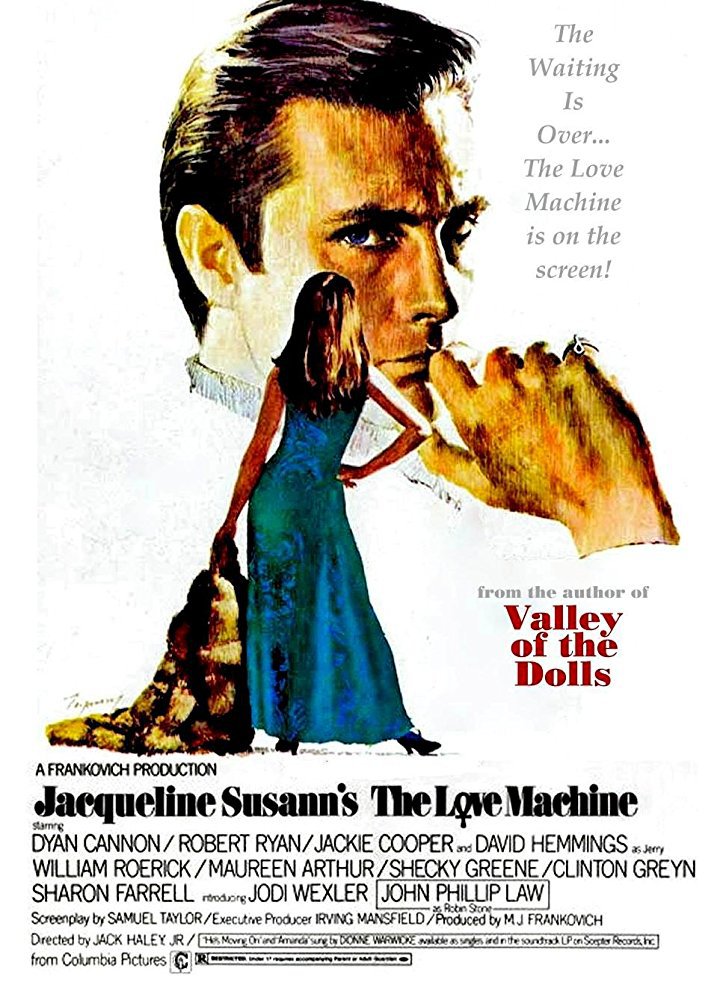 Just a few short years after the movie version of Valley of the Dolls, another of Jacqueline Susann's colossal best-sellers was a capital-E Event when it came to the screen in 1971. In a twist on the usual scenario, John Phillip Law (Barbarella) stars as Robin Stone, the devilish (and devilishly handsome) TV news anchor whos his way to the top of the network, and then gradually learns that getting there is a lot easier than staying there, especially when he, uh, starts watching other channels, if you catch our drift. The ultimate wallow in campy sleaze, this ultra-slick melodrama also stars Dyan Cannon, Robert Ryan, Jackie Cooper, David Hemmings, Shecky Greene, Sharon Farrell and many more (including Don Rickles and Susann herself in bit parts); Jack Haley, Jr. (That's Entertainment!) directs the adaptation by Samuel Taylor (Vertigo), while Dionne Warwicke contributes two songs to the soundtrack.