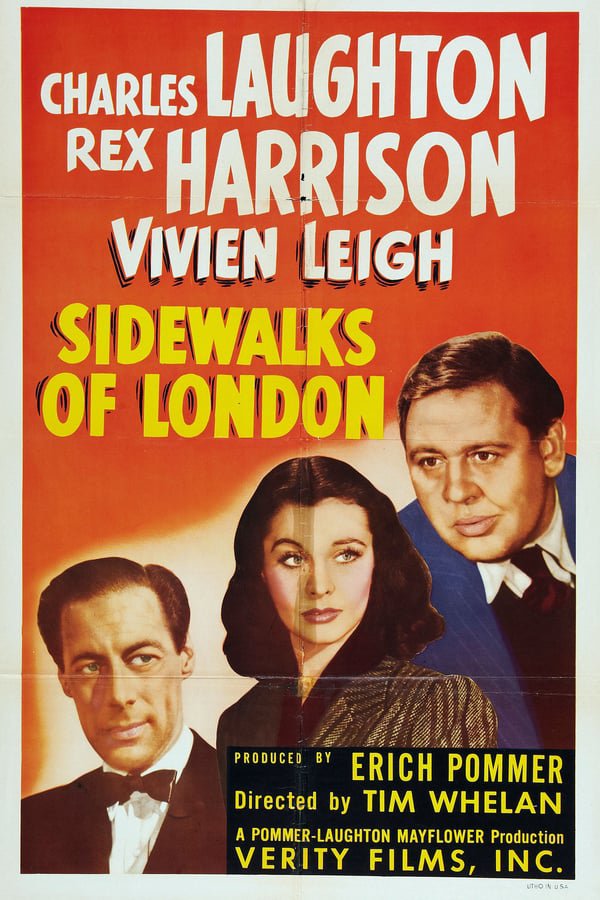 Tweet
St. Martin´s Lane AKA The Sidewalks Of London (1938)

On the sidewalks of the London theater district the buskers (street performers) earn enough coins for a cheap room. Charles, who recites dramatic monologues, sees that a young pickpocket, Libby, also has a talent for dancing and adds her to his act. Harley, the theater patron who never knew Libby took his gold cigarette case, is impressed by Libby's dancing and invites her to bring Charles and the other buskers in his group to an after-the-play party. Libby comes alone. A theatrical career is launched.