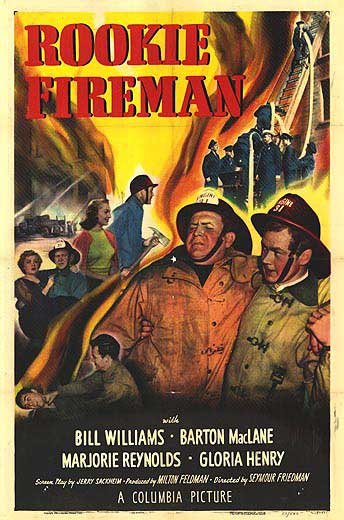 Merchant seaman Joe Blake, in love with Peggy Walters, takes the job of a rookie fireman in a big city department. His commander is strict-disciplinarian Fire Captain Jess Henshaw. Margie Williams, the wife of fireman Harry Williams is in love with Henshaw and her husband has become insanely jealous. Fireman Greco, when fired by Henshaw, informs Williams that Henshaw has been seen with his wife. Henshaw has actually being seeing her to urge her not to leave Williams as he is about to promote him. During a large warehouse fire, Henshaw and Williams enter a smoke-filled building together and Williams is about to hit Henshaw with an ax, when a pile of burning crates falls on them.