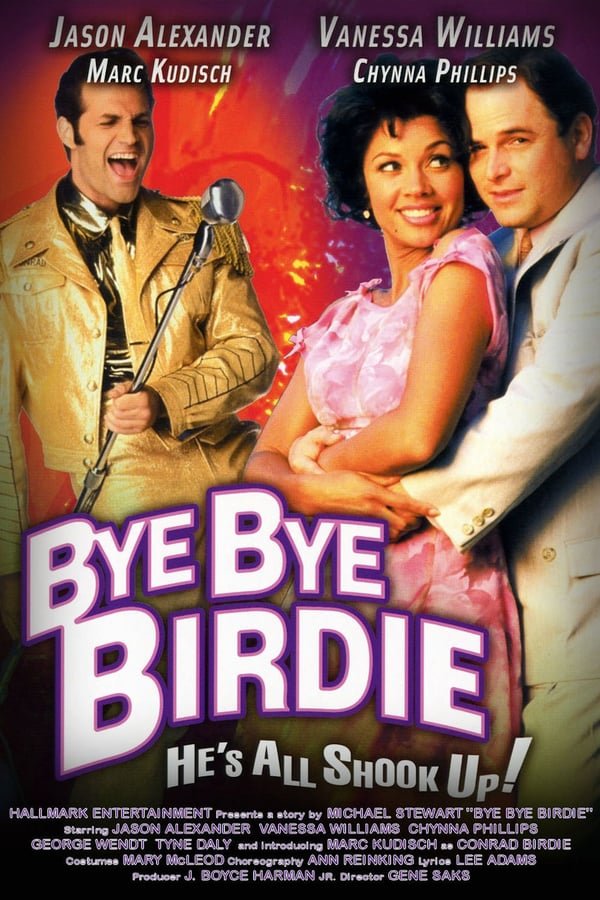 Enjoy one of America's best-loved musicals as Conrad Birdie (Marc Kudisch) mesmerizes audiences with his electric voice and energetic presence. Created in the mold of the great Elvis Presley, Conrad's manager Albert (Jason Alexander) organizes a farewell appearance for the star before he heads off to join the army. With the help of his devoted secretary Rosie (Platinum Selling Artist Vanessa Williams), Conrad is scheduled to perform on the historic "Ed Sullivan Show."

Cue the hilarity as Conrad plans to bestow a parting kiss on the lips of innocent Kim Mac Afee (Platinum Selling Artist Chynna Phillips). Between Kim's disapproving father and her jealous boyfriend, the two seem destined to have their shocking stage performances nipped in the bud.