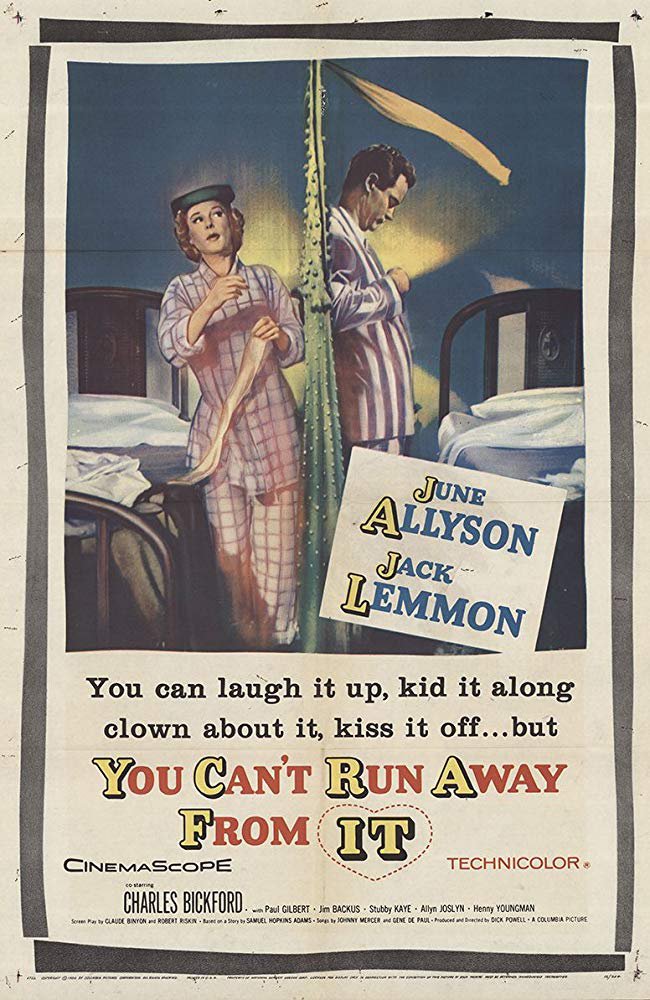 Ellen (June Allyson) is kidnapped by father (Charles Bickford) after she ran off and got married to someone he thinks is a gold digger. She escapes and starts an adventurous trip back to Houston to be with her husband. Her Father hires a private investigator to stop her. On the bus to Houston, a newspaper man (Jack Lemmon) figures out who she is. Instead of cashing in on the big story and the reward money he falls in love with her.