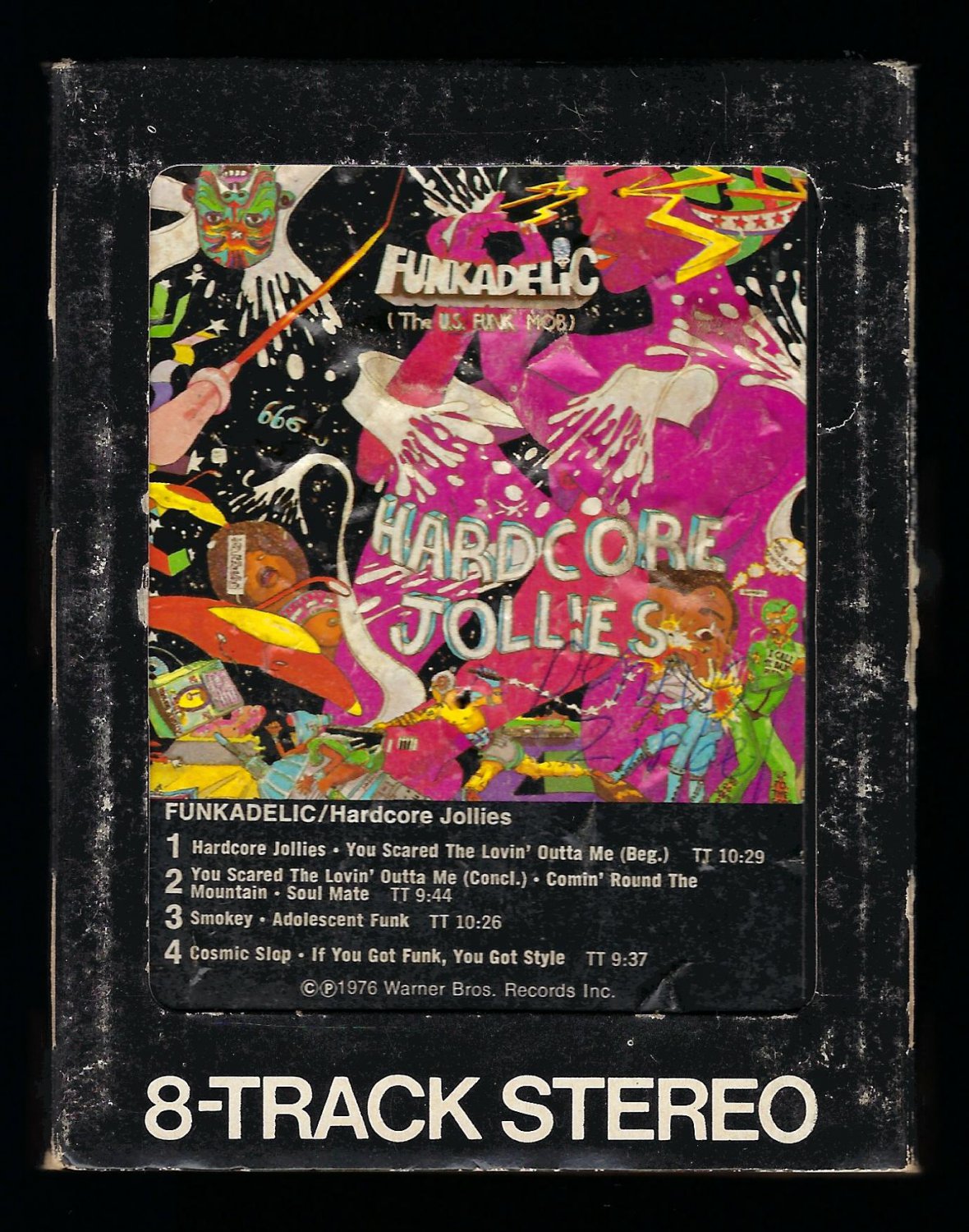 Tweet
Hardcore Jollies is the ninth studio album by the funk band Funkadelic, released on October 29, 1976 by Warner Bros. Records, their first album to be issued on a major label. It is dedicated to "the guitar players of the world." Originally, the first side of the album was called "Osmosis Phase 1" and the second side was "Terribitus Phase 2." Hardcore Jollies was released one month after Funkadelic's last album for Westbound Records, Tales of Kidd Funkadelic, which was made up tracks recorded at the same sessions.

Hardcore Jollies was the last Parliament-Funkadelic studio album to include three of the original members of The Parliaments: Fuzzy Haskins, Calvin Simon and Grady Thomas. Though uncredited, Hardcore Jollies features instrumental performances by guitarist Eddie Hazel.

The album has been reissued on compact disc by Charly Groove Records and Priority Records.

Funkadelic is an American band that was most prominent during the 1970s. The band and its sister act Parliament, both led by George Clinton, pioneered the funk music culture of that decade. Relative to its sister act, Funkadelic pursued a heavier, psychedelic rock-oriented sound.