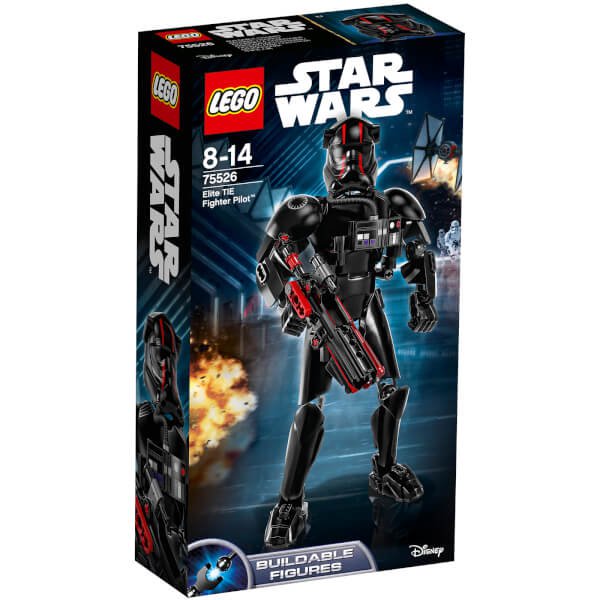 Tweet
Buckle up and get ready for action with the Elite TIE Fighter Pilot! Build this intimidating figure with red-striped helmet and breathing system and then put him in a battle pose. Arm his spring-loaded blaster rifle and you’re ready to take on the Resistance!