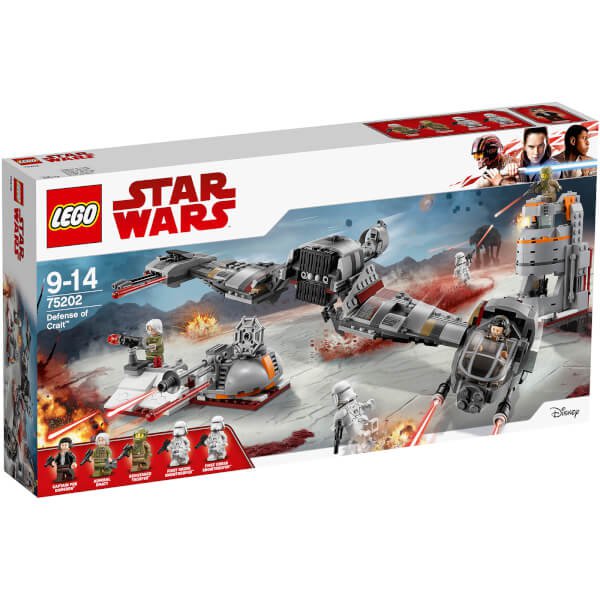 Tweet
Prepare the Resistance Ski Speeder for an epic battle against the First Order at the Resistance base! Man the laser cannon and stud shooter at the trench, and keep a lookout at the command tower. Arm the Ski Speeder’s spring-loaded shooters and check the engine. When the enemy approaches, seat Poe in the cockpit and blast off on another daring mission. Ensure victory is ours, brave Resistance fighter!