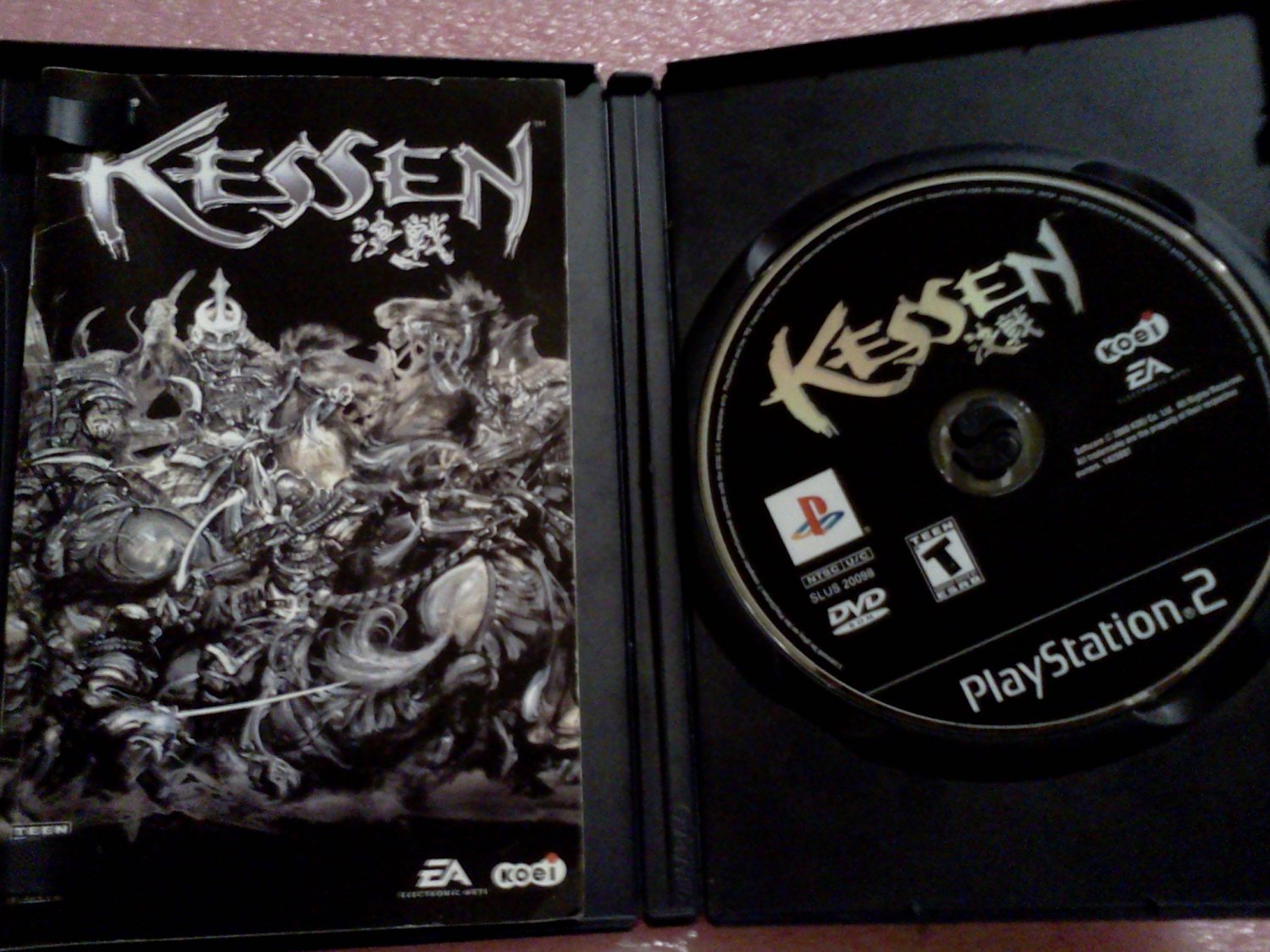 Tested, Complete, Disc does have some wear on it but seems to play fine.

Pictures are of the actual item listed,

Product Information
Let us take a step back through time -- to a place where honor meant everything. Let us go back to feudal Japan, where a few good men lived by the sword and died by the sword. This is the setting for Kessen by Koei and Electronic Arts for the PlayStation 2.

Kessen is the story of two warring clans waging war against each other for control of the entire land, during 15th and 16th century Japan. Tokugawa Ieyasu is a very strong and powerful leader and is tired of seeing the country ruled by his archenemy, Toyotomi Hideyoshi.

This is a single player tactical strategy game where you take control of either side to decide the fate of Japan for years to come. Kessen boasts two different modes: the story mode, where you control either army, and a hidden battle mode where you can jump back into any previous battle and try your luck again or plan a different strategy to try and win the war. The game contains 10 stages of battles in all, five for each side.

Koei, the developer of such turn-based strategy games as The Romance of the Three Kingdom series, has added something unique to the genre: You are able to bribe members of the opposite side to come and join your team, so if there is a certain general that would look good working for you, just click on him and see what happens.

The game's turn-based strategic combat is surrounded by real-time cutscenes that move along the cinematic story, which is filled with personal conflict and political intrigue.

Features cinematic cut-scenes between each battle in a story filled with revenge, honor, and betrayal

Includes over 18 scenarios to complete