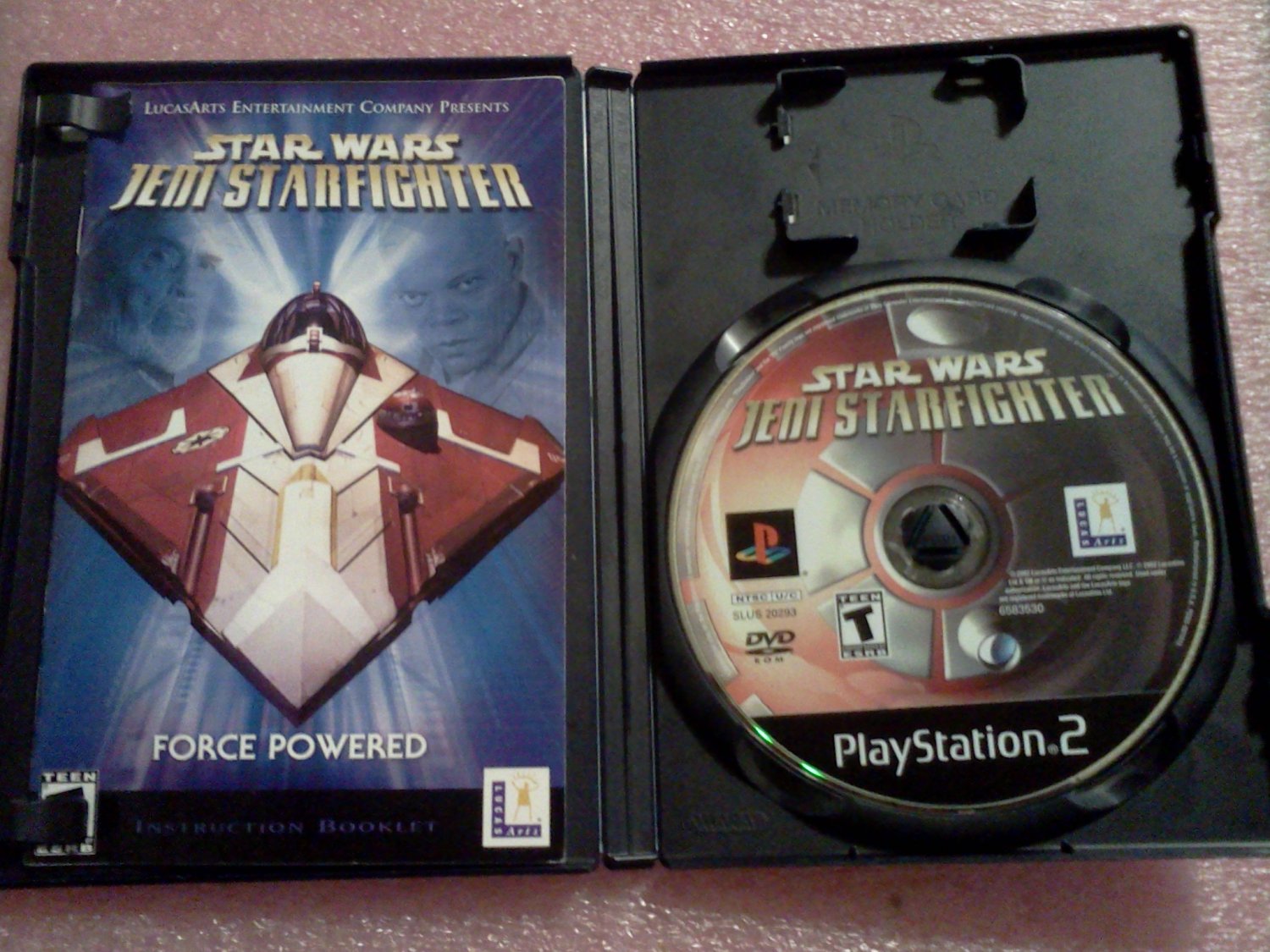 Tested, Complete, Disc does have light wear but seems to play fine.

Product Information
Running concurrent with the events in Star Wars Episode II: Attack of the Clones, Star Wars: Jedi Starfighter -- the sequel to the original Star Wars: Starfighter -- focuses on Jedi Master Adi Gallia's efforts to thwart the nefarious scheme of Count Dooku, who wishes to diminish the influence of the Jedi Council by swaying star systems away from the Republic. Gameplay remains true to the original, with only selective changes made. The two most notable changes are that the number of playable characters is down from three to two (Nym being the only character to return from the first game) and players are now able to use a host of Force Powers in combat, in lieu of actual secondary ship weapons.

Adi Gallia, who pilots the nimble Jedi Starfighter, can at first only perform Force Shield, an ability which surrounds the ship with a protective shield for a limited time. Yet during the course of the adventure Adi will learn new abilities, such as Force Lightning, a powerful electric attack; Force Reflex, which slows down time and allows you to inflict more damage on enemies; and lastly, Force Shock Wave, a circular wave of energy that damages anyone within the vicinity of your craft. Though unable to use Force Powers, Nym's slow, powerful craft is loaded with an array of secondary weapons. As before, wingmen can be ordered to perform a host of duties, including protecting specific targets, forming up on your wing or attacking at will. Levels provide objectives reminiscent of the first adventure, requiring gamers to perform seek-and-destroy, escort, and defensive missions. Interjected between levels are a number of CG and in-game cut-scenes which provide the necessary narrative.

The two-player mode even allows players to complete the Story Mode cooperatively, with additional ships provided for both players to choose from. By completing bonus and secret objectives in the game's Story Mode, players can unlock up to 30 different rewards, including trailers for other LucasArts titles, concept art and outtakes from the Episode II movie, commentary from the game developers and ten playable ships. TIE fighters, X-Wings, advanced versions of the in-game fighters, enemy ships, and even Jango Fett's Slave 1 are all hidden within the game.