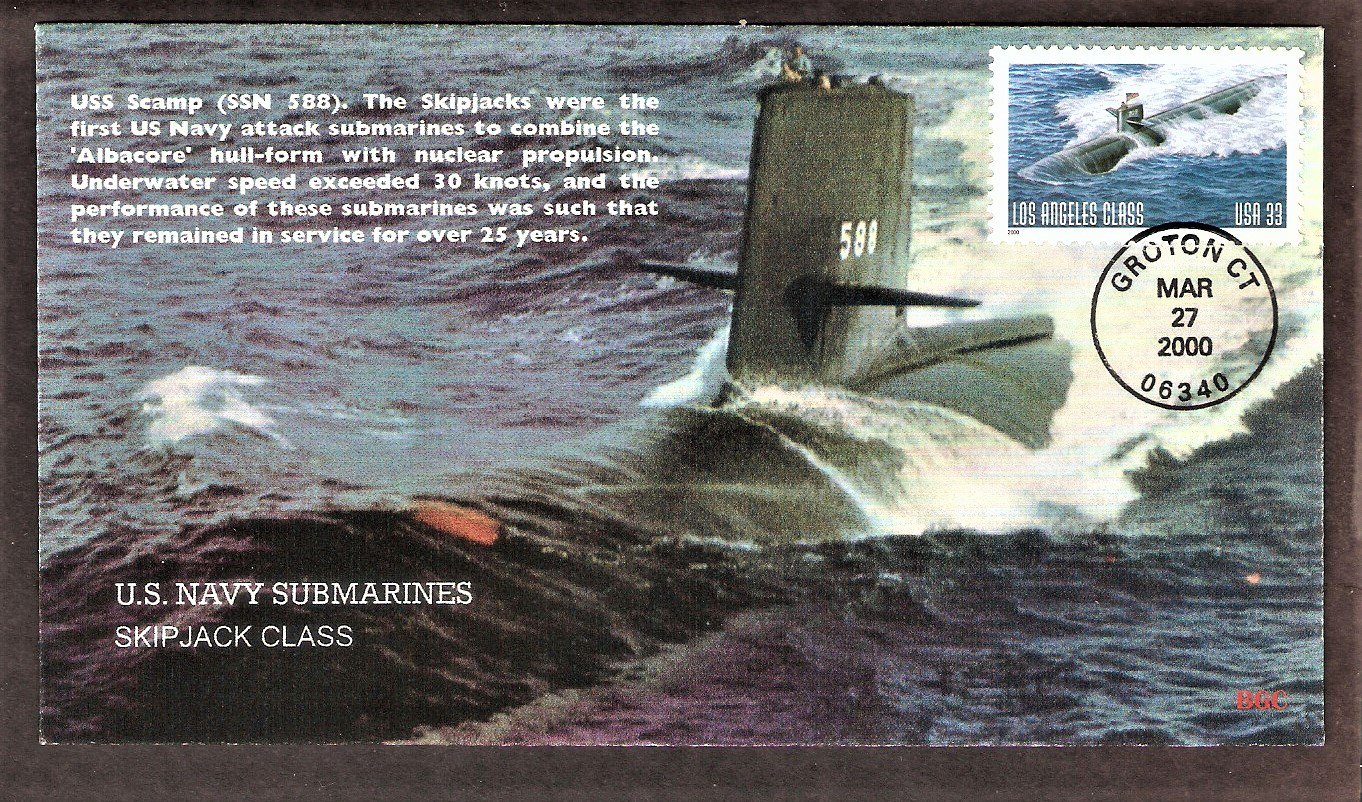 First Day of Issue Cover, FDC, BGC Cachet, Unaddressed, USS Scamp (SSN 588). The Skipjacks were the first US Navy attack submarines to combine the 'Albacore' hull-form with nuclear propultion. Underwater speed exceeded 30 knots, and the performance of these submarines was such that they remained in service for over 25 years.