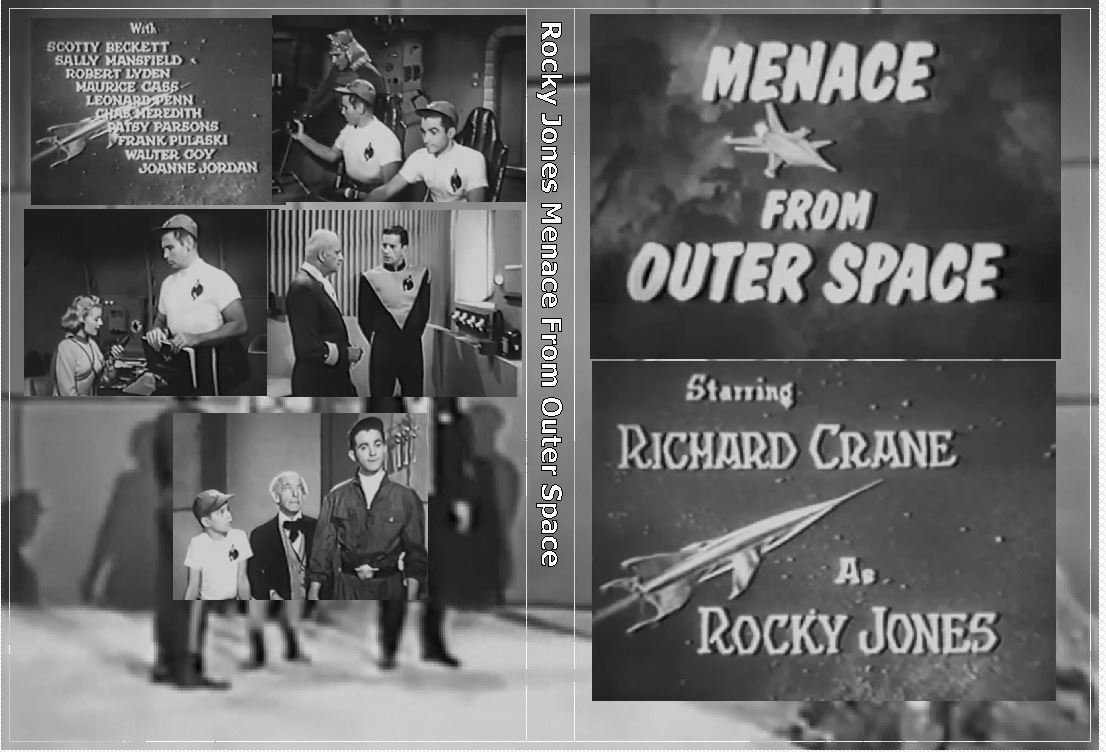 Tweet
1953 Rocky Jones Space Ranger Menace from Outer Space on 1 DVD
When an alien rocket descends to Earth, an expedition into space to find the origins of the strange device results in a clash between two worlds in this science fiction film that was compiled from three episodes of the Rocky Jones, Space Ranger television series. Upon studying the alien rocket and determining that it must have come from the planet Fornax, Professor Newton sends a team led by space ranger Rocky Jones to investigate. Arriving on Fornax to discover an alien race that has been brainwashed by the nefarious Professor Kardos into thinking that the population of Earth is about to invade, Rocky attempts to persuade
This set is available on Blue Ray and DVD for the same price. Please let me know if you want Bluray. I will assume DVD version unless you tell me.
All my sets come with hard cases and the artwork shown. My discs are recorded in all region formats in NTCS resolution.
. Please ask is you don’t see something.
... [Full Description]