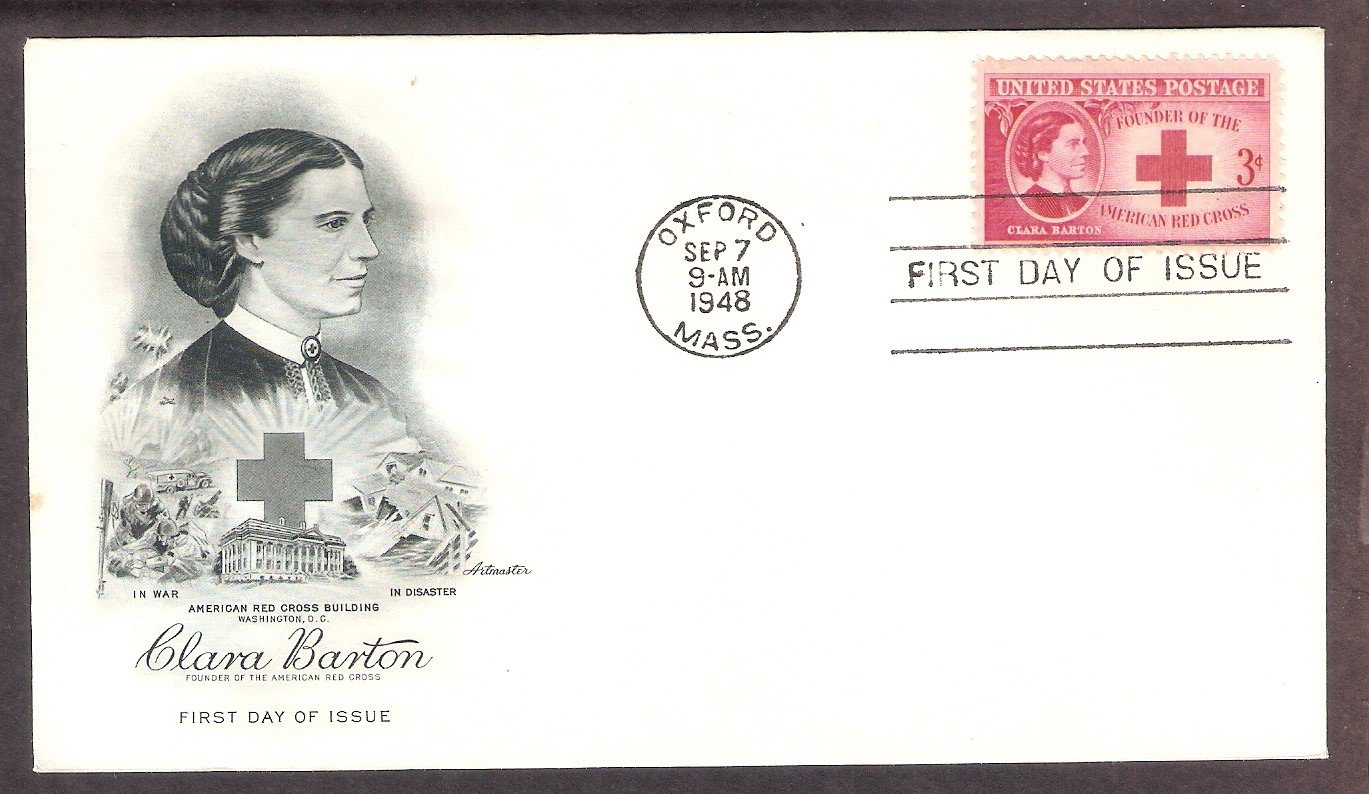 The engraved stamp design depicts a portrait of Clara Barton in an oval, ornamented by laurel leaves. To the right of the portrait is a Red Cross symbol.

Barton, Clara 1821-1912, American humanitarian; born in Oxford, Mass.
Called the Angel of the Battlefield, She set up a supply service during the Civil War, was a nurse in the army camps and on battlefields, and led searches for the missing.
After working behind German lines for the International Red Cross in the Franco-Prussian War, she organized (1881) the American Red Cross, which she headed until 1904.