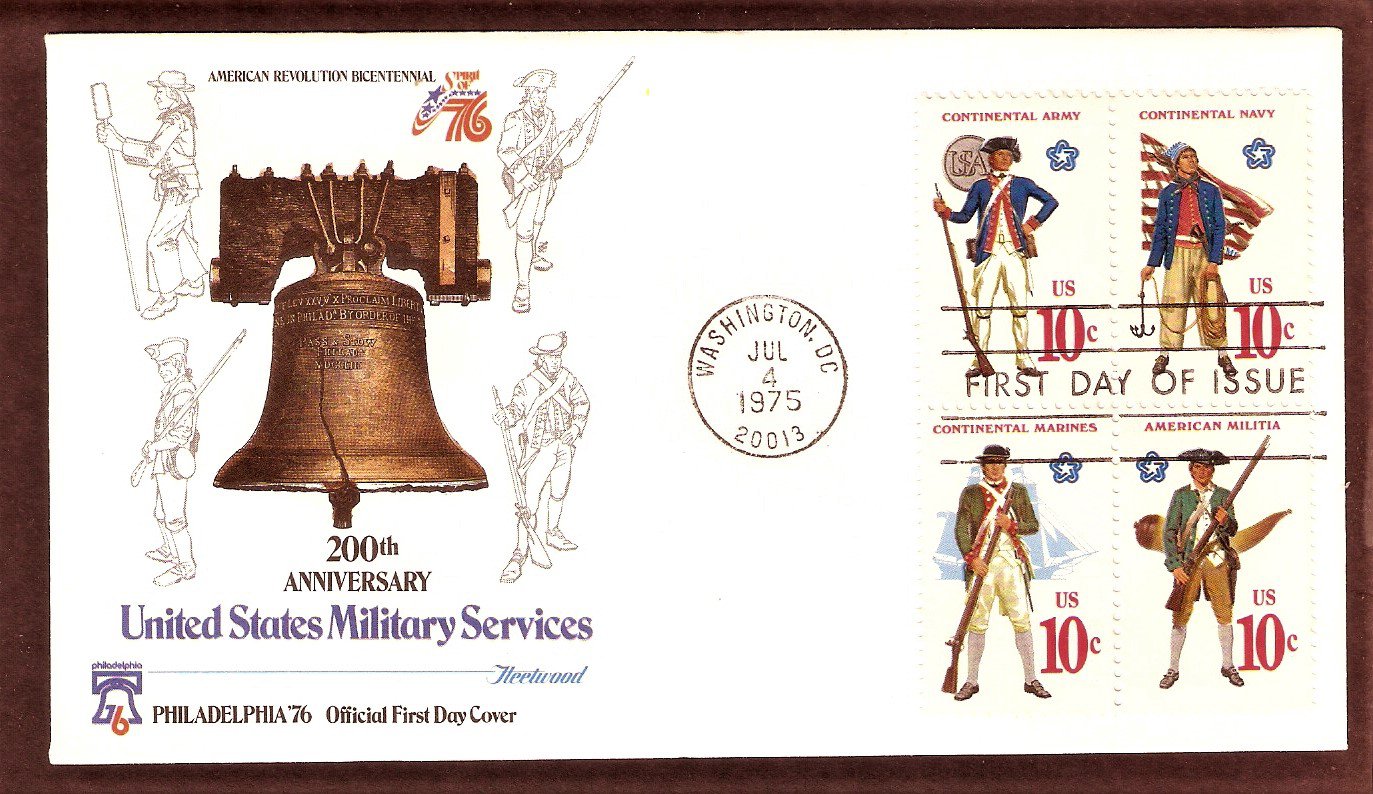 The block of four designs depicts uniforms worn by the Continental Army, Navy, Marines, and American Militia during the Revolutionary War.