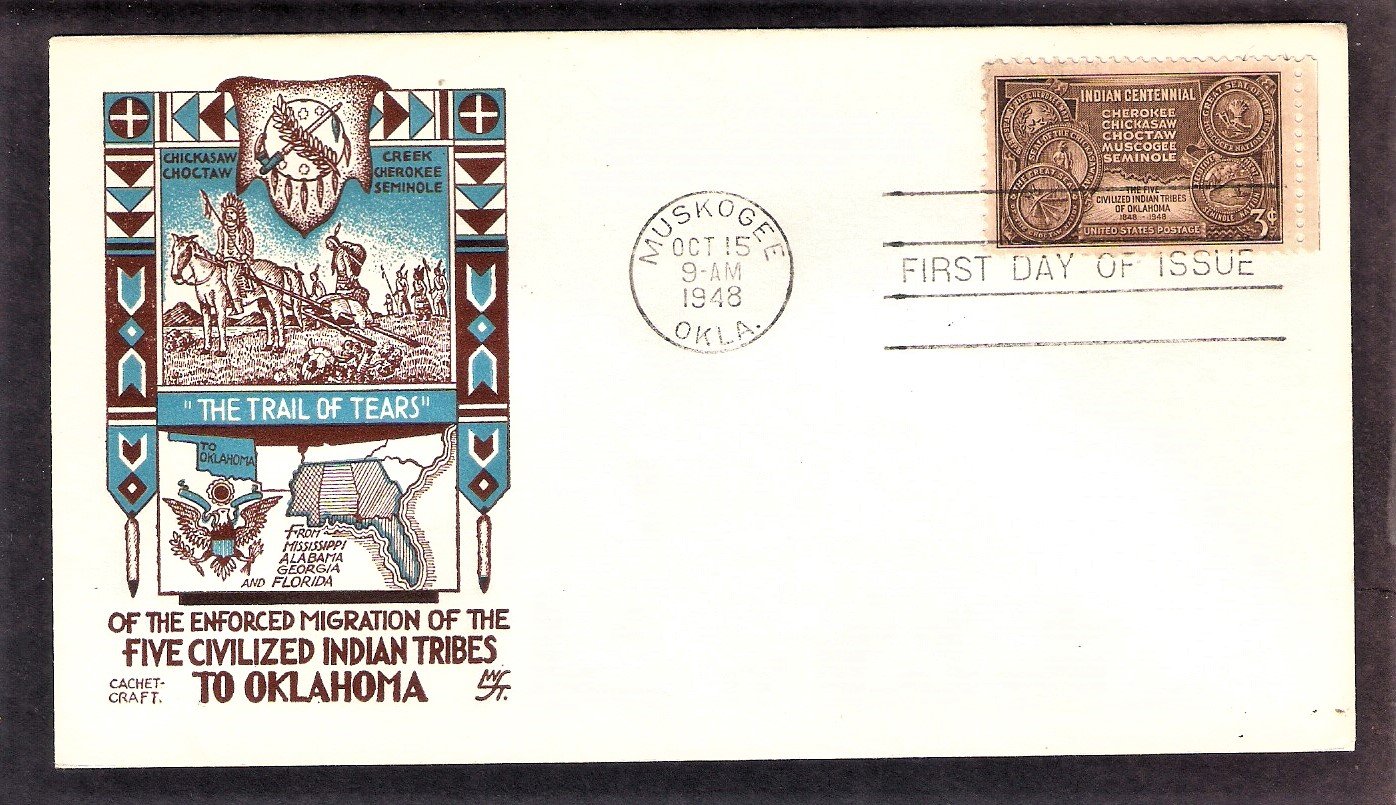 This stamp was issued to commemorate the one-hundredth anniversary of the settlement of the Five Civilized Indian Tribes in the State of Oklahoma.
The central design is an outline map of the State of Oklahoma on which is the white Gothic lettering "Indian Centennial Cherokee Chickasaw Choctaw Muscogee Seminole."
To the left arranged from top to bottom are the seals of the Cherokee, Chicksaw, and Choctaw Tribes, and on the right in the same order are the seals of the Muscogee and Seminole.