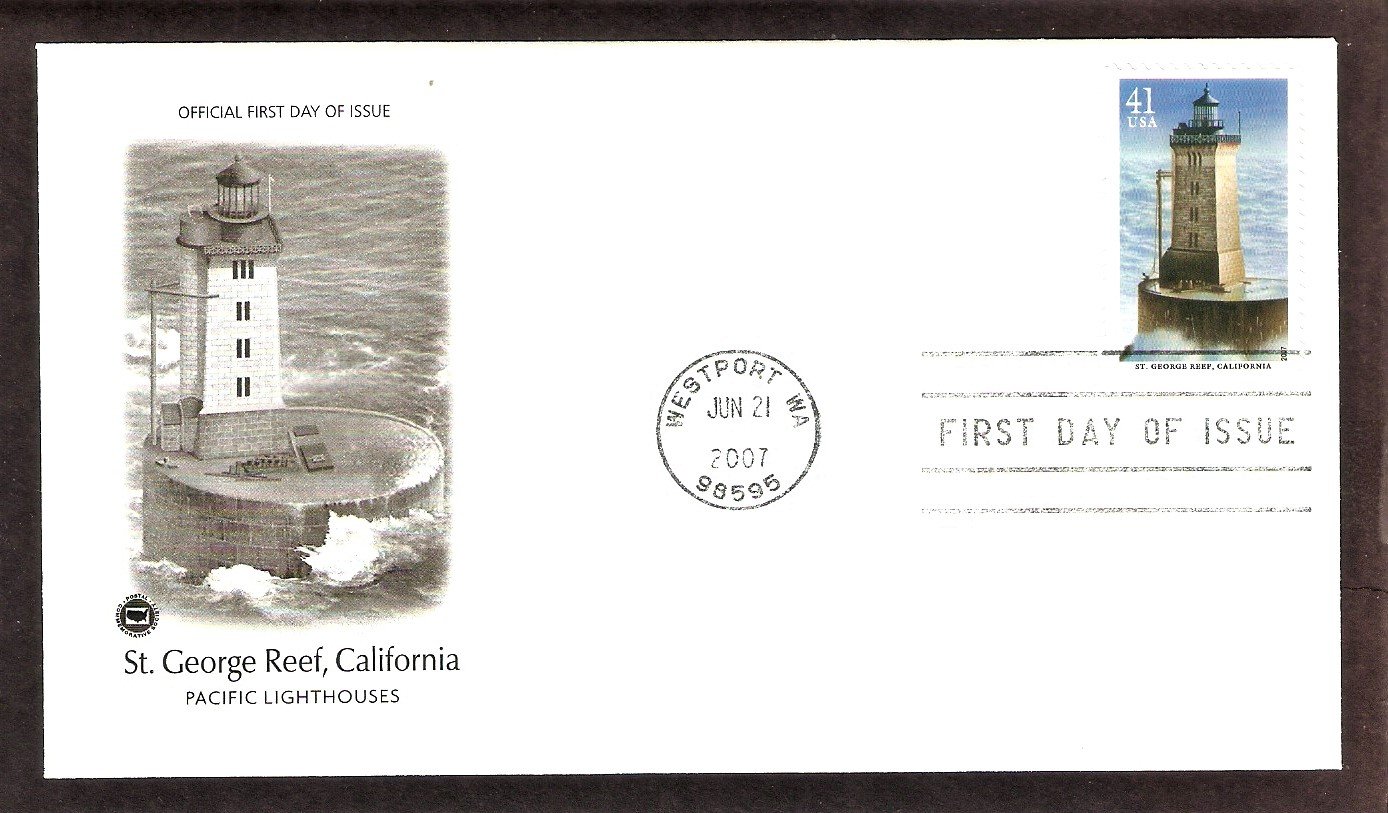 St. George Reef:
Perched on an exposed rock off the coast of northern California near Crescent City, St. George Reef Lighthouse took 10 years to build. From 1892 until its deactivation in 1975, the light from this concrete and granite tower warned vessels away from the hazardous reef hidden beneath the surface.

St. George Reef Lighthouse stands on an exposed rock off the coast of northern California. Visible from nearby Crescent City, the light from the tower's black cast-iron lantern began to warn vessels away from the hazardous reef hidden beneath the surface in 1892. Because continued exposure to the unforgiving elements made maintenance expensive and duty dangerous, this concrete and granite sentinel was deactivated in 1975. The St. George Reef Lighthouse Preservation Society is a nonprofit organization dedicated to restoring the lighthouse. In 1993 the society successfully nominated the tower to the National Register of Historic Places, and in 2002 it installed a new lens.......USPS