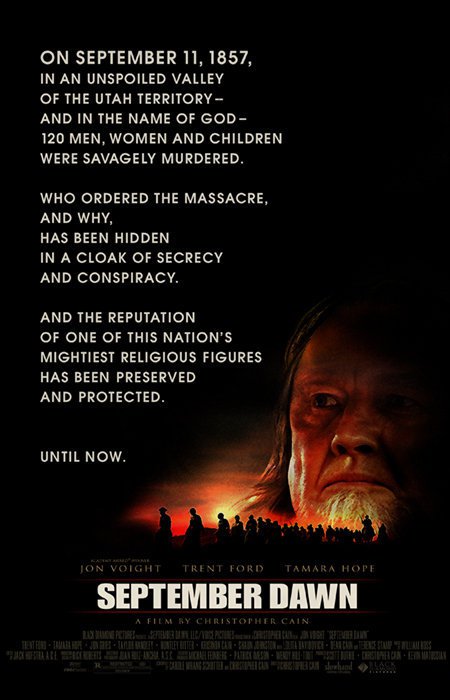 A story set against the Mountain Meadows Massacre, the film is based upon the tragedy which occurred in Utah in 1857. A group of settlers, traveling on wagons, was murdered by the native Mormons. All together, about 140 souls of men, women and children, were taken. Amidst this, two young lovers-to-be, one a Mormon and the other one of the doomed settlers from Arkansas, develop a relationship in an atmosphere of suspicion and rancor.