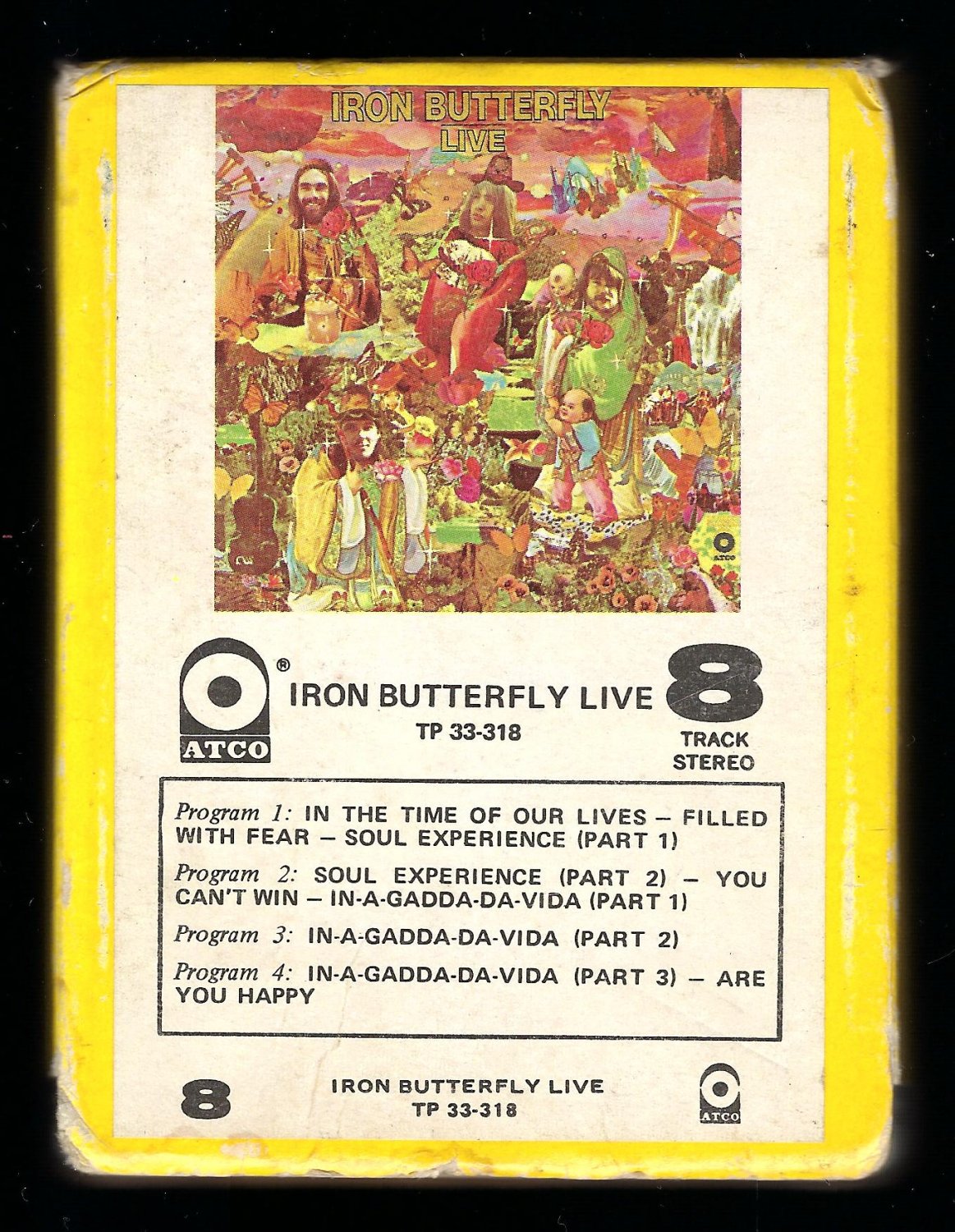 Tweet
Live is the first live album by Iron Butterfly, released in 1970. The last album to be recorded with the longstanding quartet of Brann, Bushy, Dorman, and Ingle, it is the only Iron Butterfly album which does not feature more than one lead vocalist. It was a commercial hit, reaching #20 on the Billboard album charts.

Iron Butterfly is an American psychedelic rock band best known for the 1968 hit "In-A-Gadda-Da-Vida", providing a dramatic sound that led the way towards the development of hard rock and heavy metal music. Formed in San Diego, California, among band members who used to be "arch enemies", their heyday was the late 1960s, but the band has been reincarnated with various members with varying levels of success, with no new recordings since 1975. The band's seminal 1968 album In-A-Gadda-Da-Vida is among the world's 40 best-selling albums, selling more than 30 million copies. Iron Butterfly is also notable for being the first group to receive an RIAA platinum award.