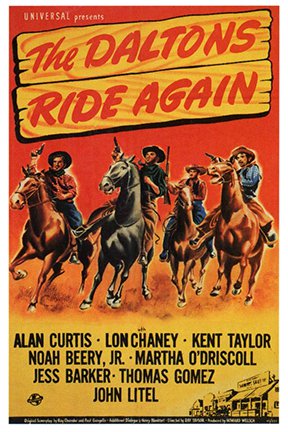 The four Dalton brothers learn that a friend of their father has been murdered by a group of land-grabbers and swindlers. The clean up the gang leaders and members, and then proceed to rob the bank controlled by the gang. During the robbery, three of the brothers are killed and the fourth is persuaded by his fiancée to give himself up.