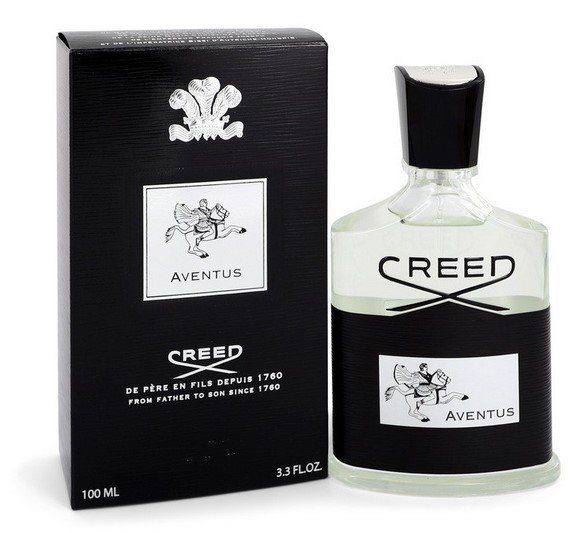 Tweet
Aventus Cologne by Creed, Oliver Creed presented this Creed cologne for men to the world in 2010. Creed had high aspirations for Creed Aventus cologne. In fact, Emperor Napoleon Bonaparte was the inspiration behind the Aventus Creed cologne. Creed utilized ingredients with strong ties to Bonaparte as he was creating this scent. The result is a fragrance that embodies strong masculinity, perfect for him. Aventus by Creed resonates with men of all ages.
Fragrances contain important elements that make up the scent as a whole. These elements include top notes, middle notes, and base notes. The top notes are the initial hints of scent that hit the nose almost immediately after spritzing or splashing. These elusive ingredients disappear almost as quickly as they appear. Following the top notes, middle notes stay present for up to one hour after application. The base notes bring up the rear, serving as the powerhouse of any fragrance. Base notes will last for several hours after application. This Creed cologne for men contains an enticing combination of apple, bergamot, black currant from the island of Corsica, and pineapple as the top notes. The middle notes include birch from Louisiana, jasmine, and rose with patchouli. The rich base notes of Creed Aventus cologne feature amber, oakmoss, and vanilla.
The bottle of this Creed perfume for men is every bit as distinctive as the essence inside it. The bottle features a masculine horse and rider, depicting the strong and virulent men who will be drawn to this fragrance. The bold black color on the bottle and cap embodies the overall style of products by Creed for men. The entire spirit of Aventus seems to be captured in this aura of genteel gallantry and romance.
... [Full Description]

Other Products from championshipstore (View All)