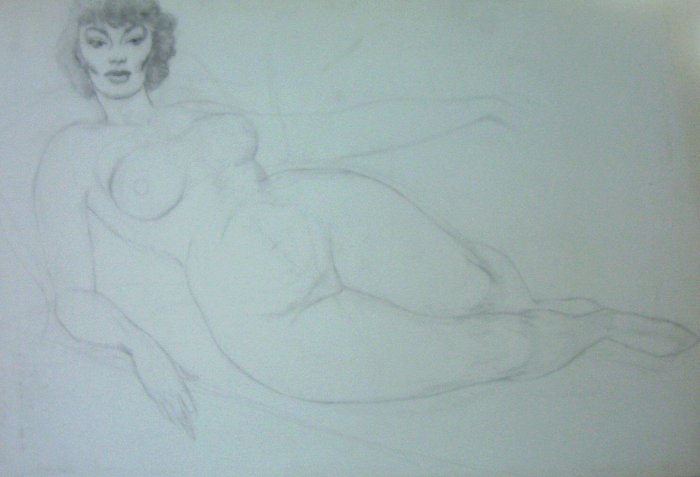 Tweet
A piece of work that definitely puts its own 'spin' on the intentions of this alluring woman. An illustrative style study, circa 1960's